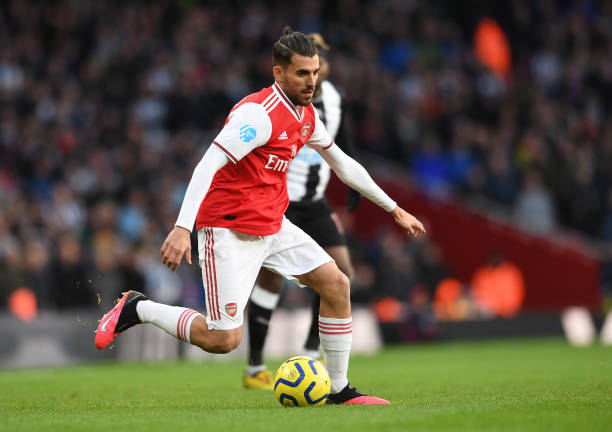 Arsenal signed Dani Ceballos on a loan deal in the summer transfer window and the gunners have been interested in making the deal permanent according to some reports in recent time. The gunners will however face a lot of competition for Dani Ceballos as a new report from Spain claims that the midfielder might have a new team wanting his services.

Dani Ceballos has been at the Emirates Stadium for months now since his loan move from Real Madrid to Arsenal was season long and he did have a pretty good start to life as a gunner as he helped the North Londoners to beat Burnley 2-1 hence him winning over the hearts of the fans. Dani Ceballos was however poor in the next few matches and then later got injured in November hence getting ruled out for a few months.

Dani Ceballos recently returned and has become impressive in Arteta’s system and there has been reports that the gunners want to make his deal permanent and there are some reasons why the gunners might want to sign him. Spanish newspaper Mundo Deportivo has however released a statement that the gunners will face a lot of competition from Juventus in getting the signature of Dani Ceballos since their current boss Maurizio Sarri is keen on bringing the Spanish midfielder to Italy.

Real Madrid are pretty much stacked in midfield and so they will be looking to sell the 23-year-old in the summer transfer window but they are however reportedly requesting for a fee believed to be £35million and so Arsenal might have a hard time in getting him as they’ll have a tight budget whereas Juventus will have that amount since they are 100% sure to be next year’s UEFA Champions League and will generate some funds through sale of other players.

Dani Ceballos has seemed happy at Arsenal this season and has always praised the fans of the gooners as he even recently said that he felt honoured to have a song when there’s many players that have been there for a long time but do not have a chant as of yet and so the gunners will be hoping to use that in convincing him to stay past the summer.