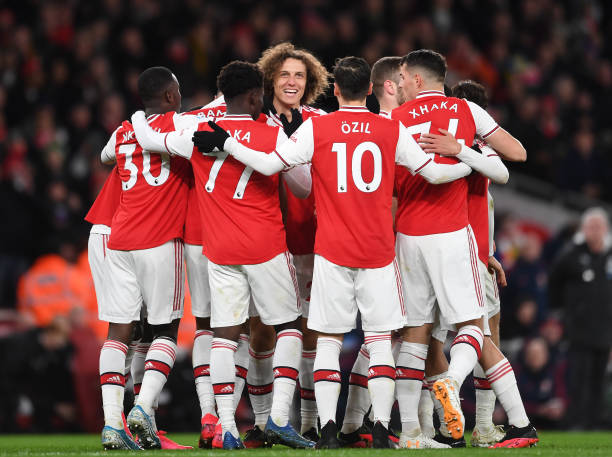 The Premier League has been suspended for more than four weeks now and the Arsenal players were the first set of footballers to get sent home since their head coach Mikel Arteta tested positive of COVID-19. The Arsenal players were found to be free from the virus but they’ve been at their homes as all people due to the lockdown set by the government.

Arsenal head coach Mikel Arteta has been having video calls with them in the mean time to discuss tactics and other important things but it is however not enough as some things need to be done face to face and new reports have confirmed when the players will be allowed back to the London Colney.

Arsenal players haven’t been at their training ground in a month but Football.London has confirmed that they will be allowed there starting on Monday, 27th April, 2020 to start outdoor training but the club promises that they’ll strictly follow the guidelines set by the government. A statement from Arsenal read;

“Players will be permitted access to the Colney grounds next week.”

“Access will be limited, carefully managed and social distancing will be maintained at all times. All Colney buildings remain closed.”

“Players will travel alone, do their individual workout and return home.”

So as per the statement, it seems like the players will not be involved in training that might make them have contact with their teammates for now but will however use the club equipments to try to stay fit during this period so that when the Premier League returns, they are fully ready to go. There hasn’t been any confirmation as to when the Premier League will return but there are rumours that it could restart in June since most clubs are determined to complete the 2019/20 campaign.