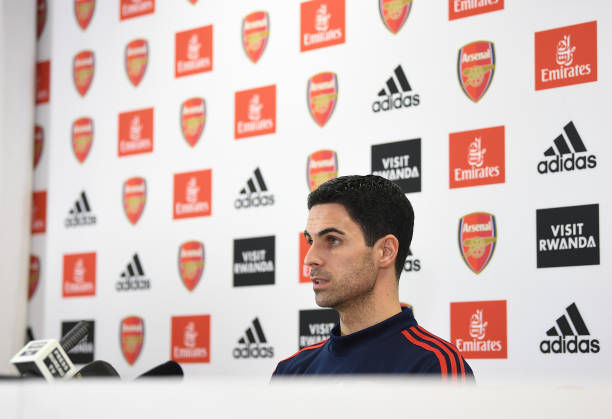 Arsenal head coach Mikel Arteta tested positive of COVID-19 a month ago and his squad became the first to self isolate since it was necessary to know whether the squad was safe from the virus since they had been in contact with their boss. Mikel Arteta has revealed why he believes that Arsenal’s youngsters are the ones suffering the most during this lockdown.

Premier League players have been at their homes for a month now and we still don’t know when the league will be able to resume or when they’ll be allowed to start training on their training grounds and Arsenal head coach Mikel Arteta has said that the young players will be the most affected players in this situation since most of them are not married.

Mikel Arteta says that the experienced players are lucky that they have their families with them at this moment but he however believes the younger ones could be living alone in their apartments and the Arsenal boss says that they need to be cared and made busy in these tough times. Arsenal have a great number of youngsters in their squad this season and so it’s no surprise that he is worried about them.

“The experienced players have families around them and kids that are occupying them. Those of us with children only realise now how hard it is at home when we are away from our wives.” Mikel Arteta told Sky Sports.

“For the young players, some of them are alone in their apartments and there are long days. We have to be caring for them and we have to keep them busy and try to do things to improve their development and education.”

“I like to make them all think and assess themselves as people, too. I’d only been here for three months, so it’s been a chance to get to know them a little bit more, break some boundaries. We’re having some really good conversations.”