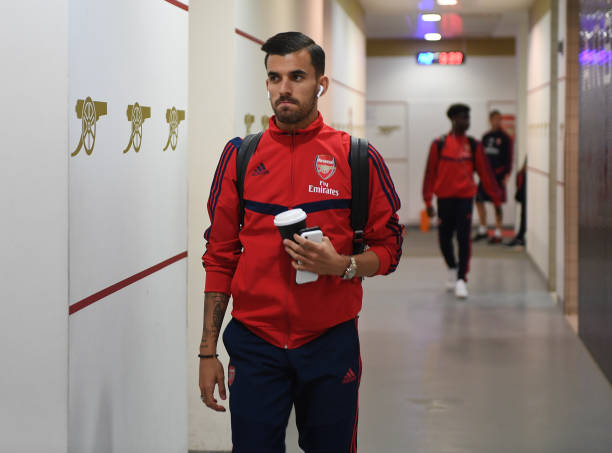 The Premier League got suspended a month ago after it was confirmed that Arsenal head coach Mikel Arteta had tested positive of the COVID-19 virus and this saw the North Londoners become the first set of players to go into quarantine. Dani Ceballos has opened up about what happened to them after their boss tested positive of the virus.

The gunners were going to play at the weekend like the rest of all the Premier League clubs and there was reports that they would soon have some talks to see if the league was to continue but they then received a slap on the face when Arsenal released a statement confirming that Mikel Arteta had tested positive of COVID-19 and this saw the PL get suspended immediately, and it is yet to restart up to now.

Everyone expected the Arsenal players to be tested to see if they also had the virus but Dani Ceballos has however confirmed that the squad wasn’t tested even though they would have had high risks of getting it since they used to interact with Arteta. Ceballos says that some of the players had symptoms and also spoke of how he to feels to be away from home.

“I woke up one morning and saw Arteta [had tested] positive. The team was quarantined. There were players with symptoms, but we are all fine. They haven’t tested us.” Dani Ceballos told the Evening Standard.

“I am doing as best as I can. It is hard being away from family. Here [in England] you can walk down the street with ease and go out to exercise once a day.”

Even though the players weren’t tested but the quarantine period ended weeks ago and since neither of them haven’t reported having any signs of having the virus then it could be safe to assume that the Arsenal players didn’t get it. The Arsenal players were allowed on the training ground on Monday for the first time since it was shut down and so we are getting closer to the restart of the Premier League.

Latest on Mkhitaryan’s future, Szczesny’s feelings about the club and more in Arsenal’s evening news roundup