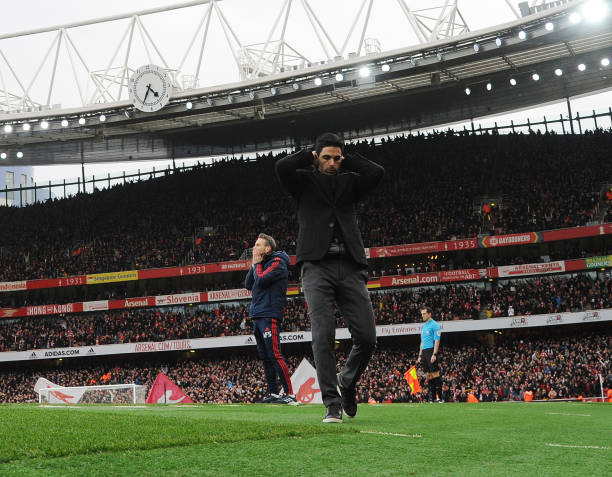 Mikel Arteta was appointed as Arsenal’s head coach in December last year and everyone is excited to see what the 37-year-old will bring to the North London club which seemed to be sinking in the last months of Unai Emery’s time at the club. Former Arsenal star Kevin Campbell has revealed what Arteta will need in order to bring Pep football at the Emirates Stadium.

Mikel Arteta retired a few years ago and the Spaniard then later became Pep Guardiola’s assistant for three years until Arsenal decided to give him a call so that he can come and replace Unai Emery. Arteta played under Wenger who is one of the best coaches ever and everyone was curious if he would lean towards Pep Guardiola’s system more since he worked with Manchester City boss for three years.

Mikel Arteta has already implemented a system similar to that of Pep Guardiola at Arsenal but everyone understands how it will take a long time to implement since the former Barcelona manager also took time to start having success in the Premier League. Former Arsenal striker Kevin Campbell has spoken out on how people shouldn’t think that Guardiola’s football is all about attack and how Arteta will need players that will fit his system in order for it to start working.

“You have to, 1: Be extra fit, 2: Have the buy-in from the players in order to do it, and 3: This is probably the most important thing, you have to have the right players.”

Guendouzi gives his honest opinion on when football should return