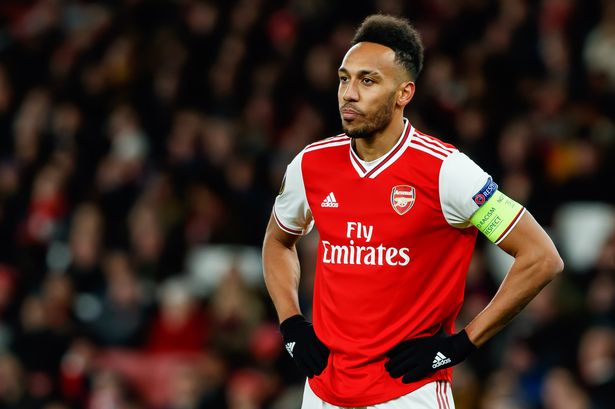 Pierre-Emerick Aubameyang arrived at Arsenal in the 2018 January transfer window and his consistency in front of goal has been outstanding but the team has unfortunately still struggled to get a UEFA Champions League spot. Aubameyang has been Arsenal’s top scorer in the last two seasons but he is however close to entering the final year of his current contract and there’s less hope of him accepting a renewal and former gunner, Bacary Sagna has made a comment about this situation.

Aubameyang was among the three Premier League top scorers last season and he is already in the race for this year’s golden boot but the Gabon international has kept the Arsenal fans uneasy as there hasn’t been any signs that he will accept to renew his contract which currently expires in 2021.

Former Arsenal star Bacary Sagna has spoken about Aubameyang’s contract situation and made a depressing comment as to how the gunners would need £150million in other to get a player with the same quality as the 30-year-old. Sagna who saw the then Arsenal top scorer ( Robin Van Persie) get sold to Manchester United hopes that this doesn’t happen once again as the gunners seem to be building something special at the moment.

“He can’t go now because Arsenal are on the way to building something strong. They can’t afford to lose him. If they have to pay him, then just pay him because if they want someone else of his quality they cost £150m.” Sagna told Goal.com in an exclusive interview.

“So don’t spend this £150m, just spend £50m and give it to him. It’s the same as van Persie and I think you have to learn from that situation. Auba deserves it. I’m not saying that because of his name or because he has scored a few goals. He’s the best striker in the league.”

Kieran Tierney reveals who were his first two friends Arsenal