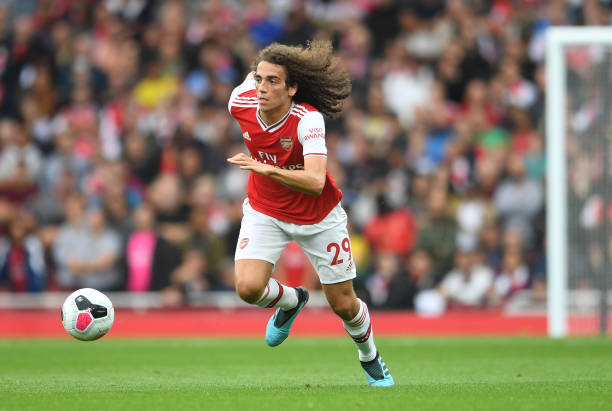 The Premier League was scheduled to start at the start of April when the league was suspended and then it was later moved to the start of May but that date has also been scrapped as its now indefinitely suspended until the government gives them the green light that it is safe. There have been talks amongst football fans on whether the league will be made null and void but the Premier League has said that this season will 100% be finished and Arsenal showed support to this decision.

Arsenal midfielder Matteo Guendouzi who went into quarantine earlier than other players of different Premier League clubs because their head coach Mikel Arteta tested positive for the virus has spoken out his honest opinion on when football should resume and he says that they should start playing once again when the virus has completely been eradicated.

“For me, what I think is most important is to not start things up again, no games, no training, until this epidemic stops.” said Guendouzi in a chat with TF1 journalist Julien Maynard.

“What’s most important is everybody’s health, and not just in the football world, but in the medical world and the world in general. That’s really what’s most important. I’m in favour of nothing starting up again until this virus is taken off this world.”