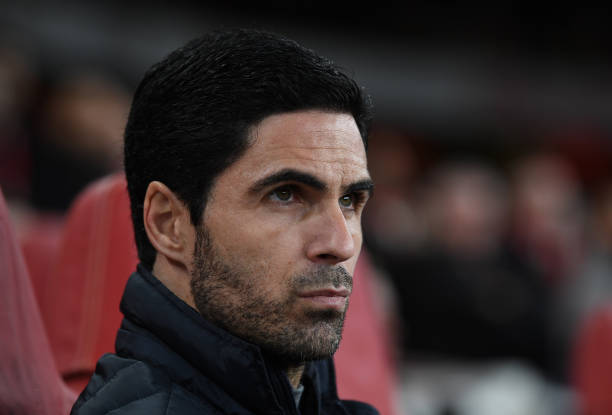 Thomas Partey has been linked with a move to Arsenal in the last 12 months but these rumours have intensified in the last few days because the father of the Atletico Madrid midfielder said that his son had already reached an agreement with the gunners. So we today take a look at how Mikel Arteta would set up his team if they got Thomas Partey next season.

Arsenal boss Mikel Arteta has been using tactics similar to that of Pep Guardiola but what has been different is that he has however been using a 4-2-3-1 formation instead of the 4-3-3 that the Manchester City boss usually uses but most believe that he will it in the future when he gets players like Thomas Partey that would allow this system to work.

HOW ARSENAL CAN LINEUP WITH PARTEY

ARSENAL’S PREDICTED LINEUP FOR NEXT SEASON WITH THOMAS PARTEY

Arsenal head coach Mikel Arteta will be expected to go to a 4-3-3 formation once he signs a defensive midfielder like Thomas Partey and his purchase would affect a number of things at the Emirates as going to this formation would see Mesut Ozil start getting benched since he isn’t able to play in this kind of system. Our predicted lineup is made with the view that the gunners permanently sign Dani Ceballos and Pablo Mari and Aubameyang stays at the club.

Arteta has already shown that he wants incredible passers in his team and so Xhaka wouldn’t lose his place due to the arrival of Partey since he is great at initiating attacks and Dani Ceballos would take up Mesut Ozil’s responsibilities in this lineup since he would be the most attack minded of the midfield three and he can do that job. Torreira is an incredible defensive midfielder but Thomas Partey would be brought in because he has some advantages of the Uruguayan international with main ones being height and passing.

How Arteta’s Arsenal could lineup without Aubameyang next season

Report: Defenders that Mikel Arteta will have to sell to make way for Dayot Upamecano