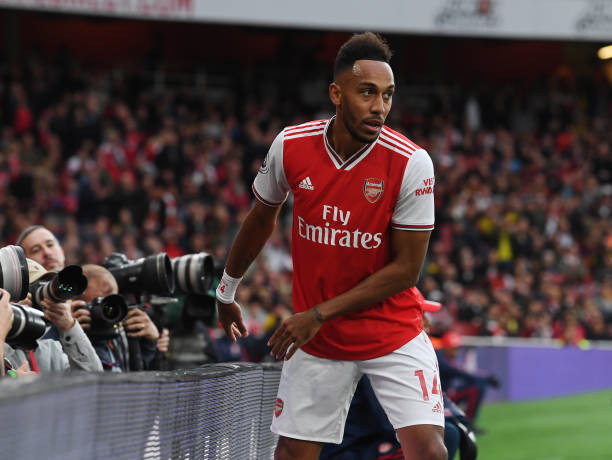 Pierre-Emerick Aubameyang is likely to leave Arsenal in the upcoming summer transfer window because it looks like the club will not be offering him a new deal due to the COVID-19 pandemic as per reports and since the North Londoners wouldn’t want to lose him for free next year, it will only be proper to sell him and recoup some money that they paid for him two years ago.

Even though Aubameyang has been Arsenal’s best player in the last two years, the gunners will have to move on if he leaves in the summer and so we take a look as to how Mikel Arteta would set up his team next season. The predicted lineup is made with consideration that Arsenal only lose Aubameyang in the summer and don’t sign new players.

HOW ARSENAL COULD LINEUP WITHOUT AUBAMEYANG NEXT SEASON

How Arsenal could lineup without Aubameyang

Aubameyang has in the last few months been playing as a left winger under Mikel Arteta because the Spaniard believes that the former Borussia Dortmund man might not fit well in his system if put in the striking role. So the gunners would need a new left winger in the summer if Aubameyang leaves and they did get linked with Wilfried Zaha throughout last year’s summer but why overspend on the Ivorian international when you have a talented youngster that could do the job.

Bukayo Saka has been impressive as a wingback under Arteta this season and he is a winger by trade, and so it will only be proper for the club to put their trust in him and players like Jadon Sancho have shown that a club can always get rewards if you trust a young player. Even though Saka might not be the player that replaces the goals that Aubameyang offers to the club but his inclusion would make the team stable and balanced which is something that Mikel Arteta values.

How Arteta’s Arsenal could lineup with Thomas Partey next season