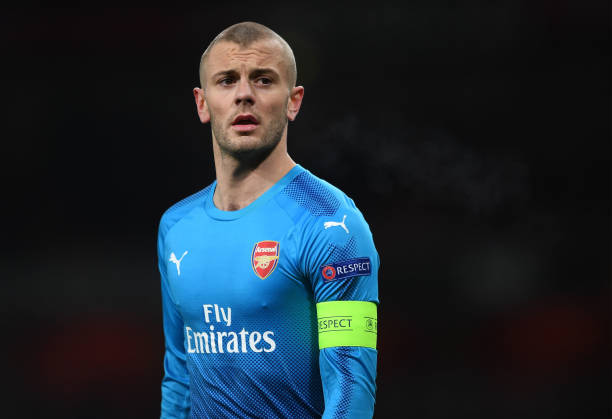 Jack Wilshere spent more than a decade at Arsenal and left the North Londoners when he had helped them to win three FA Cups, and the fans were sad to see him leave because he was loved player that had however disappointed them by constantly getting injured. Wilshere joined West Ham United in 2018 but his injury woes have followed him there as he has made a few appearances for them.

Jack Wilshere joined Arsenal in 2001 at the age of nine and worked his way through the academy until he finally got his first team debut in 2008 in a Premier League match against Blackburn Rovers. Wilshere then became an important player in the Arsenal team a few years later and was one of Arsene Wenger’s favourite players as he used to excel in the type of football that the Frenchman wanted at the Emirates Stadium.

Jack Wilshere has been speaking about his career in the last few weeks and he now also spoke out on a funny story as to how he joined Arsenal. The 28-year-old says that he was playing for Luton in a youth game against Barnet not knowing that the ref in charge of the game was a scout of Arsenal.

“I was playing for Luton and we were playing against Barnet and the ref was actually scouting for Arsenal. He came up to my Dad afterwards and told him he wanted me to come along.” Wilshere said on the The Lockdown Tactics podcast.

“He didn’t even say it was a trial he just wanted to sign me for Arsenal. It was strange because there must have been some sort of transfer window where that sort of thing could happen but I I’ll be honest with you I didn’t want to go.”

Related Topics:ArsenalArsenal newsJack Wilshere
Up Next