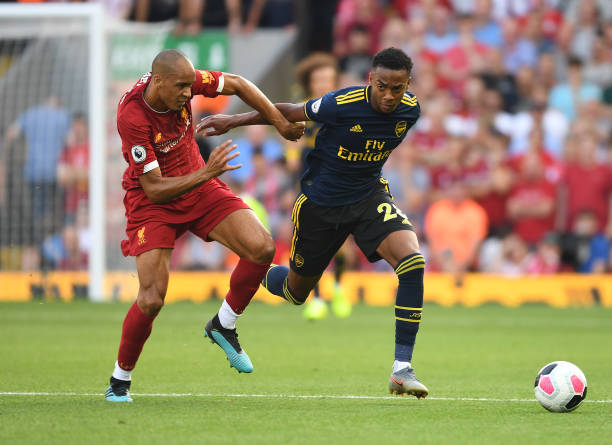 Arsenal youngster Joe Willock made his debut three years ago in the game against Doncaster Rovers in the EFL Cup and finally made his Premier League debut in April 2018 against Newcastle United. The 20-year-old has this season obtained a lot of minutes due to the gunners deciding to loan some players like Mohamed Elneny in order to give some chances to the youngsters.

Joe Willock has been a regular starter in competitions like the UEFA Europa League and other cup competitions this season and has been able to get four goals. Willock was given a great number of minutes under Unai Emery as the former Arsenal head coach hoped that the young Englishman would be the man to replace Mesut Ozil, Freddie Ljungberg also started him in almost all matches that he managed as an interim head coach.

Joe Willock has recently spoken out about his life and he has revealed that his father is his hero because he has always supported him during his road to become a first team member at Arsenal.

“He‘s the best person in the world. He’s my rock and is my hero. For me to look at him and tell you all the sacrifices that he’s made, it’s just impossible. He’s given up his whole life for me and my brothers to become who we are today.” Joe Willock told Arsenal Player.

“His seal of approval as well… wow. That’s a seal of approval that stays at the top for me. That will be the same until the end of my career. Growing up, my dad always gave me a match verdict even in training. He used to watch our training sessions and would tell me if I trained well or not. That was all that mattered to me. It hasn’t done me wrong so far!”

Joe Willock will be hoping to get more minutes when the season returns and he will be glad that the gunners are still in the FA Cup as he could use that opportunity to impress new boss Mikel Arteta who hasn’t given him many minutes so far. Willock is determined to make it at Arsenal and even claimed that he wants to captain the club one day.

“I want to continue to play for Arsenal, hopefully one day captain the side and then one day play for England. That would really make me happy as well and I know that my brothers would feel the same.”

Kieran Tierney reveals who were his first two friends Arsenal