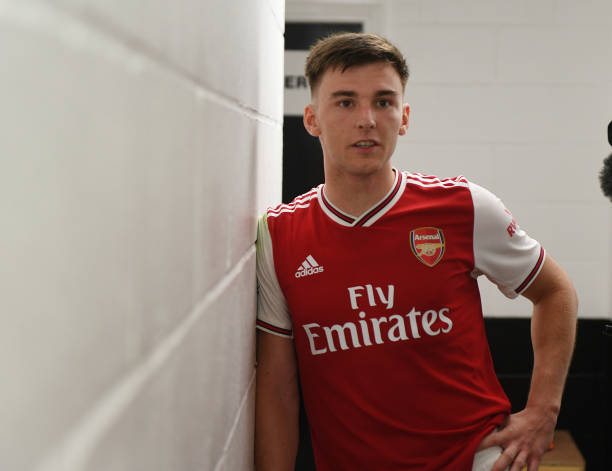 Arsenal was heavily linked with a move for Kieran Tierney all summer last year and they finally managed to finish the deal on deadline day and the Scottish international made his way to the North London club but his first season has however been hampered with injuries.

Kieran Tierney arrived at Arsenal with an injury since he had not taken part in Celtic’s pre-season because he was still battling with a hip injury and he was then immediately sent to the rehabilitation of the gunners after he signed the contract. Tierney was however fully fit by the end of October and made a few appearances and quickly became a fan favourite at the club.

“The first two people I became friends with were Hector and Dinos as when I first came in my first sessions I was walking out with them and they were the first people I really spoke with.” said Tierney via Arsenal’s official website.

“We were all injured together at the same time so that’s why they were the first people I really spoke to. They really helped me a lot to settle in.”

The Arsenal fans will be looking forward to seeing Kieran Tierney once more on the pitch as he has already shown that he can do the job at left back. Kieran Tierney was fully fit and ready to be integrated back into the matchday squad but the Premier League was however suspended.

Joe Willock speaks out on his hero and Arsenal future