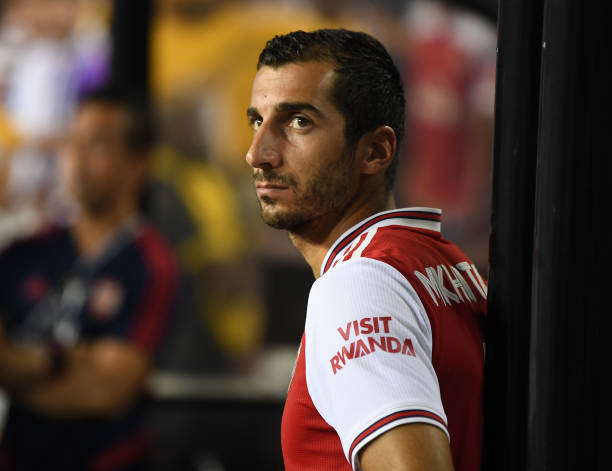 Welcome to the Arsenal evening news roundup which provides all the latest news about the North Londoners. The gunners signed Henrikh Mkhitaryan in a deal that saw Alexis Sanchez go the opposite side but the Armenian international has however also failed at the Emirates Stadium hence getting loaned out.

Mkhitaryan received a lot of criticism last season and after taking part in the first three matches this season, the 31-year-old decided to leave Arsenal to join Serie A side AS Roma and he has been impressive for them as he has been involved in nine goals so far. There have been many reports that AS Roma want to keep him and their boss Paulo Fonseca has finally confirmed that they indeed hope to keep him.

“I want him to stay and he also wants to stay. However, it should be clear that everything is now on hiatus and we will have to talk to Arsenal. I want to continue working with him because he’s a great player and a great man.” he told ILMESSAGGERO.

Mkhitaryan has also said that he is happy in Italy and so the possibility of AS Roma is high but Arsenal is expected to request for about £20million in order to let go of the Armenian international.

KALLANG, SINGAPORE – JULY 15: Wojciech Szczesny of Arsenal during the match between Arsenal and Singapore XI at the Singapore National Stadium on July 15, 2015 in Kallang. (Photo by Stuart MacFarlane/Arsenal FC via Getty Images)

Former Arsenal goalkeeper Wojciech Szczesny spent 11 years at the club and became a fan favourite but an incident in 2015 saw him lose his place as the first choice goalkeeper and then he finally left the North Londoners in 2017 to join Juventus.

Szczesny has in the last few years worked hard to become Juventus’ first choice goalkeeper but he has however admitted how he misses Arsenal and spoke out on the things that he misses most about the club. The Polish goalkeeper says that he misses playing at the Emirates Stadium and also spoke of how the North London Derby were always felt special to him.

“More than anything, I miss the boys.We had a fantastic group of players. We were young, we had a lot of energy, we had a lot of banter and we had some good and bad moments together, but we really united as a group. It was a great joy to be with them every day.” Szczesny said on Arsenal’s official podcast.

“I miss them. I miss playing at the Emirates. I think that was something special for me, the quality of the pitch, the fans, the big nights in a north London derby.”

The Premier League got suspended a month ago and there isn’t a restart date as of yet since the government has yet to give any updates on whether the sporting events will be allowed to restart. The Sky Sports is now reporting that UEFA has given the Premier League a deadline of 25th, May to inform them of the proposals that they’ve made on how the Premier League will be concluded.

The Arsenal players started training on Monday and it is said that they will be following the guidelines set by the government but this being allowed clearly shows that the Premier League will soon restart.