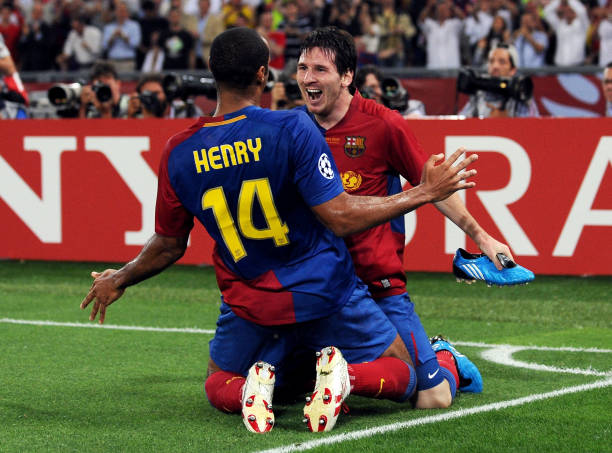 Barcelona star Lionel Messi has opened up about the time that he first met with Arsenal legend Thierry Henry who joined the Catalan club in the 2007 summer transfer window. Henry left Arsenal in 2007 after the North Londoners failed to win the UEFA Champions League.

Thierry Henry was one of the best players in the world during that time and he was sold to Barcelona for a fee believed to be €24million and Lionel Messi who was still a teenager at that time has revealed the emotions that were going through his head when he met the Frenchman for the first time.

Lionel Messi says that he was so surprised to see Thierry Henry enter the dressing room because he would have never thought that they would soon be teammates and that he was scared to look him in the face. The Argentina international also spoke of his respect and love for Thierry Henry.

“The first day he entered the dressing room, I did not dare to look him in the face. I knew everything he had done in England. I had an image of him made and suddenly we were on the same team.” Messi told L’Equipe as as per The Mirror.

“I knew everything he had done in England. I had an image of him made and suddenly we were on the same team.” What I feel for Titi may be a form of admiration. I loved Henry. The ease of finishing an action, how he takes the road to the goal and ends the play.”

“He gives the impression that it is natural. His career, his dribbling, the last gesture. It is fluid, proportionate.”

Little did Lionel Messi know that he would then go on to win the treble with Thierry Henry in the 2008/09 season him and the Frenchman and Samuel Eto’o scoring a combined total of 100 goals in all competitions.