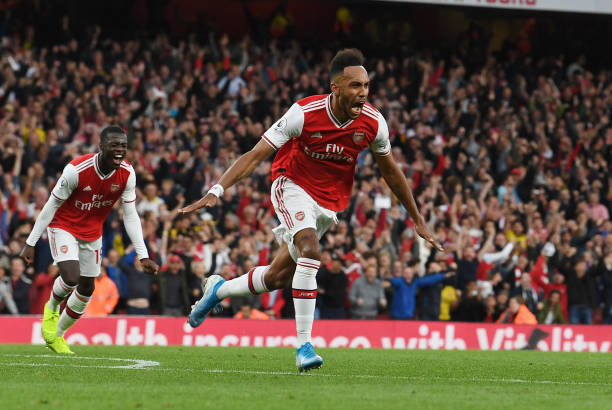 Pierre-Emerick Aubameyang joined Arsenal in 2018 and he has since then became their best player as he has scored 61 goals in less than 100 appearances for the club and the fans have already begun saying that he is the closest player to Thierry Henry that they’ve had in terms of his goal scoring ability.

Aubameyang signed a three-year deal in 2018 when he joined from Borussia Dortmund and the club is now desperate to tie him down to a new deal because it will be expiring in 2021, and the last thing that the club needs right now is losing another talented player for free. Aubameyang has been linked with a number of clubs but most of those reports have claimed that Inter Milan and Barcelona are the front-runners in the fight for the Gabon international.

We however take a look at reasons why Aubameyang will ditch both Inter Milan and Barcelona to sign a new deal with the gunners.

AUBAMEYANG WILL NEED A CLUB THAT HE CALLS HIS HOME

Aubameyang is currently 30 years old and has a few years before he retires, and he destroyed his legacy in Borussia Dortmund when he forced his move to Arsenal. The Arsenal fans have however welcomed him well and he has instantly become a fan favourite at the club due to his impressive goal scoring ability and charisma, and he was this season named as the captain of the side.

Aubameyang who is Arsenal’s current captain is just a few trophies away from also being named as a legend of the club by the fans and so if the Gabon international considers his legacy in making decisions in his career and so it would be best if he stayed at the Emirates Stadium where he is loved and cherished instead of going to a club like Barcelona which would see him as just another player that once played for their club.

ARSENAL WILL OFFER HIM BETTER WAGES AND LONDON FITS HIS LIFESTYLE

It is no secret that Arsenal cannot guarantee trophies to players at the moment because they are currently under a rebuild but they however still have the advantage of playing in the Premier League and this allows them to pay their players well. Aubameyang has been Arsenal’s best player in the last two years and so the club will definitely offer him a new big money deal that he deserves and so he will have to make a decision on whether to leave and go to another league for trophies with lower wages or accept the new big money deal that the gunners will offer him.

Aubameyang has an interesting lifestyle and so London would always be an attractive place for him.

Arsenal have been trying to rebuild in the last decade without that much of success but Aubameyang staying at the club could be the start of their rise to being one of the best sides in Europe as in the past and players usually like being remembered as the player that woke up a sleeping giant. Aubameyang could as well stay at Arsenal and try to help the club to get back to being one of the best in the league and earn the respect of the fans which he might not get at the other clubs that are interested in him because they already have their star players.

Report: The decisions that Arsenal fans want to see from Arteta when the Premier League returns