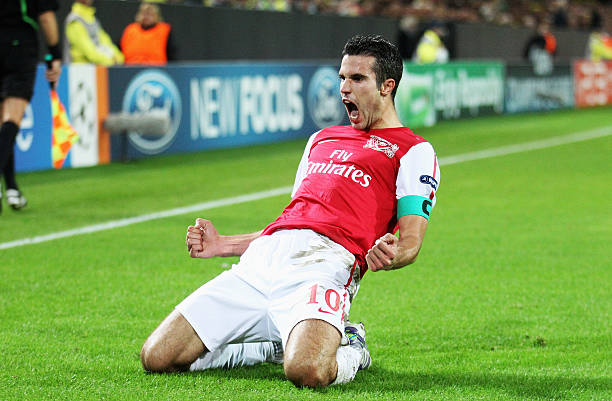 Robin van Persie was an important player at Arsenal starting with the 2010’s and it very clear that he was the player that was dragging the gunners into the Premier League top four finishes when fit but he however broke the hearts of the gooners in 2012 when he decided to join Manchester United.

Van Persie joined Manchester United in 2012 and he was very influential in them winning their 20th league title and has since then remained as a villain in the eyes of the Arsenal fans as he is seen as a player that gave up loyalty for glory. The Dutchman was booed each time that he played at the Emirates Stadium and even though he is currently retired, the fans are however still not friendly with him.

Robin van Persie has opened up on the details that saw him leave Arsenal eight years ago and he claims that despite popular belief that he refused a new deal from the North Londoners, it’s rather opposite according to him. The now retired striker says that he gave some points to the then Arsenal CEO Ivan Gazidis on how the North Londoners could become one of the best teams in the league but he however says that they didn’t listen to him to hence deciding to join The Red Devils.

“It was Arsenal’s decision not to offer me a deal. That is up to them. After many conversations, it became clear that we had different ideas about the club. I had seven points where I thought Arsenal could improve and, in my opinion, those seven points, they should start dealing with those straightaway to compete with the best teams.” Robin Van Persie said on The High Performance Podcast.

“Yeah [I remember what they were] but it doesn’t really matter what points they were. What matters is Ivan decided that he didn’t agree on one single point of those seven points, which is fair enough.

“So taking that information on board, Arsenal doesn’t offer me a deal. They didn’t agree with my views, my views were only to help. They were honest views of how the club should move forward, but that’s a clear message.”

OFFICIAL: Arsenal reach an agreement with Arteta, coaching staff and players on taking a pay cut