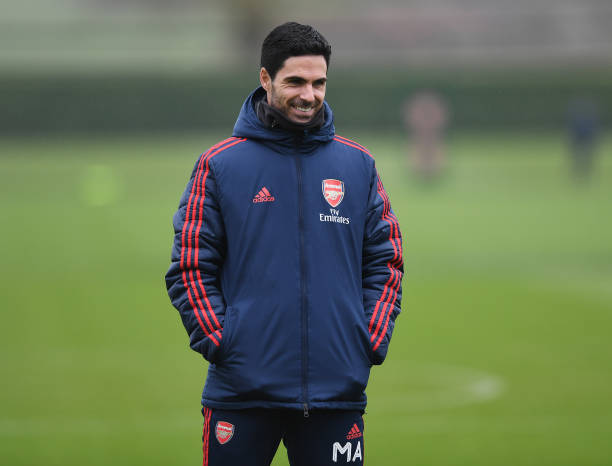 Mikel Arteta has only been Arsenal’s head coach for just five months but he has however already proved that he could be the man to take the North Londoners to the next level as he has promised to bring back attractive football and also take away the carefree culture at the club. Here are three Arsenal youngsters that will likely impress under Arteta next season.

Gabriel Martinelli has scored 10 goals for Arsenal this season despite playing in Unai Emery’s system which most believe is very negative and so it will be interesting to see how he performs under a well-drilled system of Mikel Arteta next season. Martinelli has been impressive this season and even Liverpool boss Klopp said that the young Brazilian international is a generational talent after the 5-5 draw (Arsenal lost on penalties) in the Carabao Cup.

Arsenal head coach Mikel Arteta has been credited with the transformation of Manchester City wingers, Raheem Sterling and Leroy Sane and so the gooners will be hoping that he also has the same effect on Gabriel Martinelli as the Brazilian international has the potential to be one of the best players in the league.

Arsenal completely the signing of William Saliba from Saint-Etienne in the summer transfer window and then later resent him back to the French club so that he continues to mature in Ligue one. The 19-year-old has been impressive for Saint-Etienne this season but he has also faced some injury problems but overral, it was a great decision to loan him there.

Mikel Arteta has surprised many with how he has improved Arsenal defenders like Shkodran Mustafi and David Luiz because they were even deemed uncoachable by Sky Sports pundit Gary Neville but they have gone back to the good books of the fans due to Arteta implementing a system that supports them. William Saliba will benefit from Arteta’s system the most next season because he is a young and fast ball playing centre back that will definitely suit the way the coach wants his team to play.

Bukayo Saka has been impressive for Arsenal this season as he has already made it into double digits of assists and his impressive performances at left back have seen some gooners start calling for him to be turned into a fullback but we are yet to know what Mikel Arteta will decide. Saka has been playing as a wing back in Arteta’s system as Xhaka protects him when he goes forward but he however still wants to play as a winger.

As with Gabriel Martinelli, the young Englishman will also be hoping to develop well under Mikel Arteta as Sterling and Sane did if he gets to start playing as a winger under the 37-year-old manager.