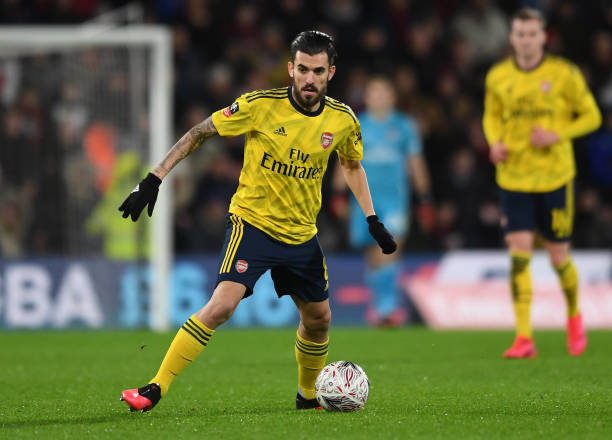 Arsenal signed Dani Ceballos from Real Madrid on a season long loan in the 2019 summer transfer window and he had a wonderful start to life at the Emirates Stadium with an impressive performance against Burnley but he however then dipped in form and has just recently started gaining form. We however take a look at three reasons why Arsenal should permanently sign Dani Ceballos from Real Madrid.

1. DANI CEBALLOS WILL BE A CHEAP SIGNING FOR ARSENAL

Almost all top European clubs have taken a financial hit due to COVID-19 virus making all leagues to be suspended and some football experts have already explained how it won’t be possible for teams to make big money signings since they have lost a lot of money during this pandemic. Most reports from Spain were claiming that Dani Ceballos would cost Arsenal £35million before the Corona virus started spreading around Europe and now this price could drop to at least £20million whenever the summer transfer window opens.

Even though prices of all players will have also decreased but, Dani Ceballos will still be worth signing since he will be cheaper than the others because Arsenal might not only have a few funds due to the pandemic but could also miss out on European football next season as they are currently in the ninth position on the Premier League table.

2. DANI CEBALLOS WILL NOT NEED TIME TO ADAPT

Even though Dani Ceballos has only been able to get two assists and one goal during his time here at Arsenal but it is however worth noting that this is his first season in the English Premier League and so he doesn’t deserve a lot of criticism. Dani Ceballos will finish the whole 2019/20 season at Arsenal and the gunners signing him in the summer would be a smart move as he won’t need time to adapt since he already knows the league and will have got used to the tactics of Mikel Arteta.

LONDON, ENGLAND – NOVEMBER 02: Dani Ceballos of Arsenal is challenged by Ruben Neves of Wolverhampton during the Premier League match between Arsenal FC and Wolverhampton Wanderers at Emirates Stadium on November 02, 2019 in London, United Kingdom. (Photo by David Price/Arsenal FC via Getty Images)

Dani Ceballos was not given minutes in Arteta’s first few weeks at the club but his impressive performance in training have earned him a start in the last few matches and he has been impressive in all of them. Mikel Arteta has identified that Ceballos is not a no.10 and isn’t using him as Unai Emery, the 37-year-old boss has been playing the on loan Real Madrid midfielder in the central midfield position, partnering him with Granit Xhaka so that they can be the two people who will initiate attacks.

Ceballos being in the starting eleven has also improved Mesut Ozil as he can have another creative midfielder to support him when the gunners are attacking. Arteta has been clear in his idea of making Arsenal an attacking team and Ceballos starting over Torreira has also shown that he is true to his words as he prefers creative players great that are great at passing over a player that will help in stopping attacks of opponents.

Why Nicolas Pepe doesn’t deserve to be called a flop