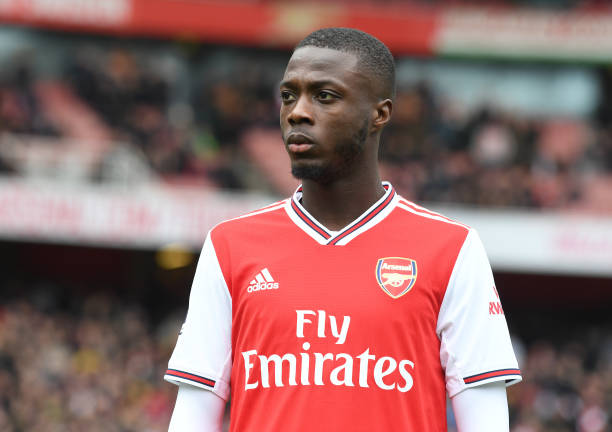 Arsenal completed the signing of Nicolas Pepe from Lille for a record fee of £72million and everyone was excited to see how he performs in the Premier League because he had just had a successful campaign in the French Ligue one but he has however faced a lot of criticism from everyone including fans of his club.

Most people have already begun calling Pepe a flop but we however take a look at why he really doesn’t deserve to be called that. Nicolas Pepe has so far scored six goals and made eight assists in all competitions in his first season in England.

1. NICOLAS PEPE PLAYED IN A UNAI EMERY TEAM FOR MOST OF HIS TIME AT ARSENAL

Nicolas Pepe was signed by former Arsenal head coach Unai Emery and the Spanish coach wasn’t known for consistently playing attacking football hence many attackers struggling under him. Unai Emery never had one formation and his tactics used to change according to the opponents hence some players failing to get used to their positions or even form great partnerships on the pitch and this one of the reasons why Pepe failed to get good numbers as he was playing in a very dysfunctional team.

Arteta stabilising the team for now has seen Pepe start performing well now as he has picked up some goals and assists and the gooners will be hoping that this continues.

2. NICOLAS PEPE IS STILL ADAPTING TO THE PREMIER LEAGUE

Nicolas Pepe is playing in England for the first time and even though there are some players that hit the ground running, many foreign players find it hard to actually impress in their first seasons as the league is so fast, super competitive and physically demanding than other leagues but good players always manage to finally get used to it.

Pepe is still 24 years old and still has his peak years ahead of him and so the Arsenal fans shouldn’t be worried as there is a good player in there, just waiting to be unleashed and since Mikel Arteta is credited to improving wingers, then maybe he could help the Ivorian international to become a world-class forward.