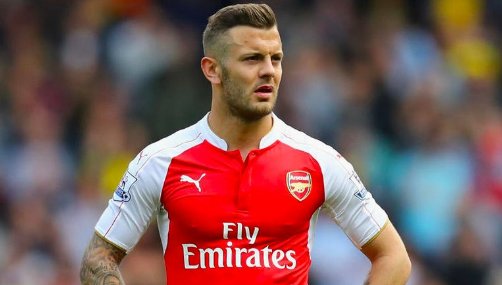 Arsenal said goodbye to Jack Wilshere in 2018 after he decided to say goodbye to the Emirates Stadium to join West Ham United after the club made it clear that they wouldn’t promise him that he would receive enough game time. The former Arsenal midfielder has spoken out on the current world-class players at the club and Mikel Arteta who was once a teammate of his for some time.

Jack Wilshere’s departure hurt a lot of Arsenal fans in 2018 because he was such a fan favourite at the club but it can however be said with hindsight that it was the right decision to make because the once seen as the next best English midfielder has struggled with a lot of injuries at West Ham United and there was even rumours that he could be released by the West London side.

LONDON, ENGLAND – DECEMBER 20: Mikel Arteta the Arsenal Head Coach is presented to the press at Emirates Stadium on December 20, 2019 in London, England. (Photo by David Price/Arsenal FC via Getty Images)

Arsenal parted ways with Unai Emery in November and appointed Mikel Arteta as their new head coach a month later and he has so far done pretty good job as the North Londoners have only lost twice since he took charge of the club. Jack Wilshere has spoken out on Arsenal’s chances of starting to challenge for titles and he said that the  gunners do have some world-class players in their squad and also praised Mikel Arteta, saying that the Spaniard will get the most out of Arsenal’s best players as well as improving the gunners since he worked under Pep Guardiola and has immense experience in the Premier League.  He also hopes that Arteta gets given another transfer window and a pre-season before he can get judged.

“They’ve got world-class players. They spent £60m on [Pierre-Emerick] Aubameyang, £40m on [Alexandre] Lacazette, [Mesut] Ozil is world-class. I think they’ve got a good manager now who can get the best out of them.” said Jack Wilshere as quoted by The Metro.

‘I think you need to give Arteta a transfer window and a pre-season. He needs to get his work in pre-season whenever that may be this year but I think they will be alright.”

Report: The truth about the rumours of Mesut Ozil refusing the pay cut