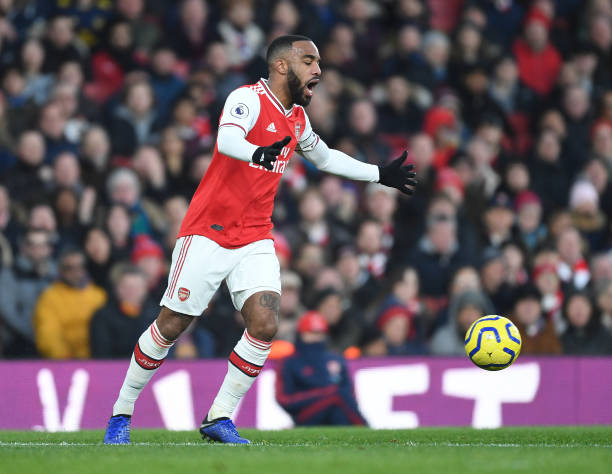 Alexandre Lacazette has this season not been impressive on the pitch and has been one of the most criticised players at the North London club and there was yesterday a report about him inhaling from a balloon hence him getting a lot of backlash from some of the supporters. Arsenal have released a strong statement on this matter.

The Arsenal players were the first club to advise its players to go and self isolate after it was confirmed that Mikel Arteta had tested positive of COVID-19 and then all the others players of all the Premier League clubs also stayed at home during the whole lockdown. Lacazette was also among those that were told to stay at home but it was however reported yesterday that the Frenchman was inhaling from a balloon which even though isn’t illegal isn’t good to do if you are a player of a top flight club.

Arsenal have released a statement claiming that this is a private matter that will be taken seriously. They however don’t reveal how or whether Lacazette will be punished for using “hippy crack”.

“This is a private matter which we are taking seriously. It will be handled internally.” a statement read as per Sky Sports.

It is believed that Arsenal will obviously handle this situation seriously since the club got embarrassed in 2018 when many senior players got recorded by a CCTV camera while inhaling from a balloon which is the same thing that Lacazette did. What was different this time was that Alexandre Lacazette recorded himself doing this and shared it to privately to his friends but it however got leaked hence exposing him.

It is understood that Mikel Arteta is a very strict head coach and so it will be interesting to see how he handles this situation but the fans will be hopeful that this doesn’t affect Lacazette’s career at the Emirates Stadium.

Report: Arsenal’s kits for 2020/21 season gets leaked and they are wonderful