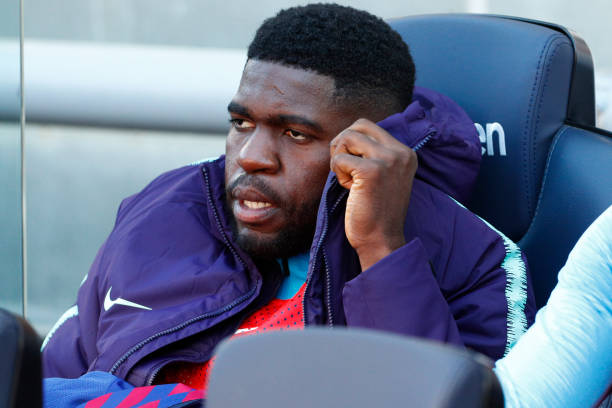 Arsenal will try to strengthen its squad in the summer transfer window since it will be Mikel Arteta’s first long transfer window to try to shape his squad according to what he wants. The Arsenal boss will need some new signings and the gunners have been linked with a move for Barcelona centre back Samuel Umtiti and the Catalan has reportedly lowered its asking price.

Samuel Umtiti was once considered to be one of the best centre backs in the world and he was very important for the France national football team that won the 2018 World Cup but he has however been poor ever since then as he is no longer a starter in the Barcelona squad. The gunners will reportedly look for a defender in the upcoming transfer window because Mikel Arteta isn’t fully satisfied with the options he has now and some reports from Spain have in the last few weeks been saying that they are interested in Umtiti.

Barcelona were hoping to get £45million from the sale of Samuel Umtiti but Metro UK has however released a report claiming that the gunners could now get the centre back for as low as £27million since the Spanish LA Liga side has taken massive financial hits and that it will be selling a number of star players to ease on the losses that they will get. Umtiti is a left footed centre back and it’s already been clear that Arteta wants his two centre backs to have one right and left footed player at the back to quickly transition from defence to attack.

The gunners completed the signing of Pablo Mari from Flamengo on a loan deal and he is a left footed centre back but we however don’t know if the gunners will make this permanent but if they don’t then they could try to get Samuel Umtiti since he is left footed and would only need to hope that he doesn’t get injured as he has been injury prone in the last two years.