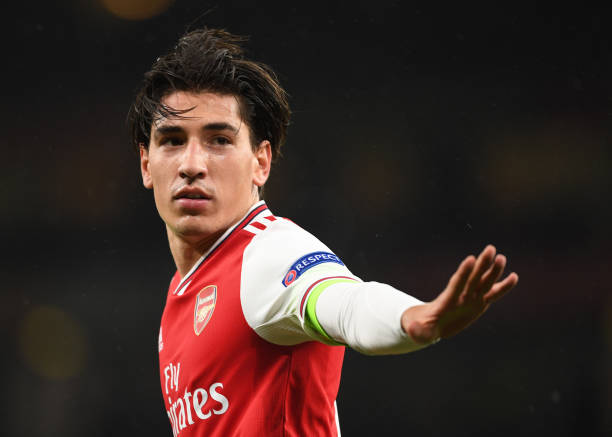 Hector Bellerin arrived at Arsenal as a teenager and after some loan spells, the Spanish right back broke into the first team of the gunners and he has since then been the club’s main right back. Bellerin played with Mikel Arteta in some certain period of his Arsenal career and he has spoken out on the advice he gave him.

Mikel Arteta joined Arsenal in the 2011 summer transfer window and he then later went on to be named as the club’s captain in 2014 and he led the gunners to their first trophy after a run of nine years without silverware. Bellerin broke into the first team in the same year at 19 years of age and he has managed to keep the spot up to now.

Mikel Arteta eventually retired in 2016 and three years later, he came back to coach the North Londoners and Bellerin is currently the vice captain of the club. The Spanish right back has revealed how Arteta gave him financial advise when they were still teammates since he became a star at a young age and he also thanks the people around him.

“From the football side, Mikel Arteta when he was at Arsenal as a player would give me financial advice and even life advice. Even then he was showing the leadership qualities back then that makes him a manager.” Bellerin told Football.London in an exclusive interview.

“But I feel so, so lucky that everyone around me knew when to stop me doing certain things and were able to have hard conversations with me.”

“If you don’t have people that can be honest with you, then you won’t ever grow as a person. I was very lucky with the people I had around me and it means the world to me to have young players looking up to me in the same way.”

Granit Xhaka speaks out on the possibility of Arsenal losing Aubameyang