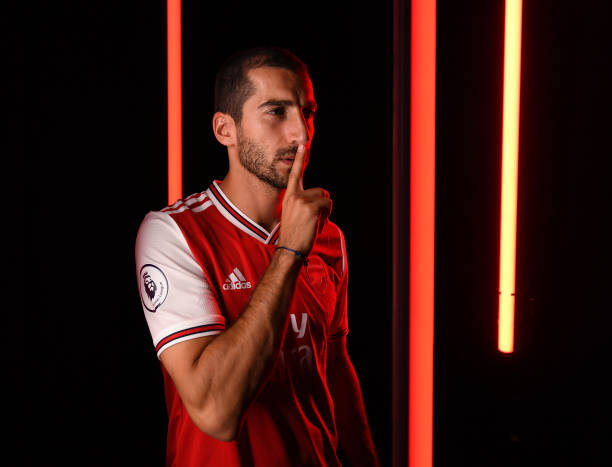 Arsenal signed Henrikh Mkhitaryan in the 2018 winter transfer window in a swap deal that saw Alexis Sanchez join Manchester United and he had a pretty good start to life as a gunner as he assisted twice on his debut but he has however since then struggled. Mkhitaryan has made a statement which hints at a possible departure.

Mkhitaryan was underwhelming last season as he had a few goal contributions and since he was one of the highest paid players at the club, the Armenian international was then loaned off to Serie A side AS Roma for the full 2019/20 campaign and he has been impressive for them despite some injury problems. The Arsenal fans were also glad to see him leave since he was poor in his last game for the club as it was a North London Derby which is usually an important game for the gunners.

Henrikh Mkhitaryan has only been at Arsenal for two years now but it looks like his stay at the Emirates Stadium could come to an end in the summer transfer window as he has hint at possibly staying at AS Roma in a statement he made. The 31-year-old claims that he believes it would be better if he stayed at the Serie A side.

“Well, from the first day I arrived in Rome, I settled-in well: with the team, the city — it was all fantastic. Obviously it would be nice to stay here. The main objective would be qualifying for the Champions League and then obviously playing and winning titles.” said Mkhitaryan as quoted by Romapress.

“I am very happy to be here, playing in Italy with these fans is truly incredible. I had heard a lot about the fact that the fans here were crazy — in a good way — but I didn’t really believe it. I am very happy to play for Roma and these supporters.”

Arsenal receive a new boost in their pursuit of Thomas Partey