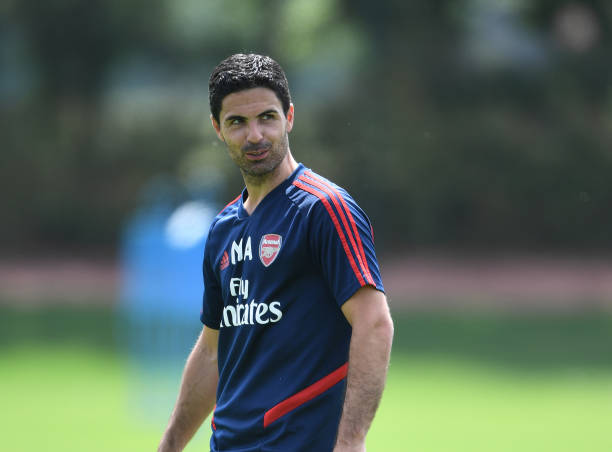 Arsenal was the first club to self isolate since their boss Mikel Arteta tested positive of COVID-19 in March and they then also spent two months at their homes due to the lockdown of the government. The Premier League got suspended in March but it has however started easing on the restrictions that it had set for clubs to follow at their training grounds.

The Premier League after having a vote announced on Wednesday that the clubs were now allowed to start contact training since all the players and the club staff had been fully tested. This is a big step in the right direction as the Premier League clubs will be training as in the past but without a number of some other restrictions to avoid any incidents that could result in many footballers getting the Coronavirus.

ST ALBANS, ENGLAND – MAY 26: Arsenal Head Coach Mikel Arteta during a training session at London Colney on May 26, 2020 in St Albans, England. (Photo by Stuart MacFarlane/Arsenal FC via Getty Images)

As revealed by Football.London, the Arsenal head coach will now soon start setting up 11vs11 training drills since the Premier League has told the clubs that they can now start having contact and this will be well welcomed by every manager especially Mikel Arteta who understands how his side will need to be at its best to try to get any chance of getting UEFA Champions League football for the 2020/21 campaign.

The report also says that the Arsenal players will have access to the gyms and that all the equipment will be thoroughly claaned after every use but that the players will however still not be able to access the changing rooms but rather continue coming with their training kits.

Arteta had set up his team in small groups and he had made them train together with their respective positions hence defenders, midfielders and forwards in their own pitch but he will now have a chance to work on more technical drills since all players can now be able to face each other on one pitch.