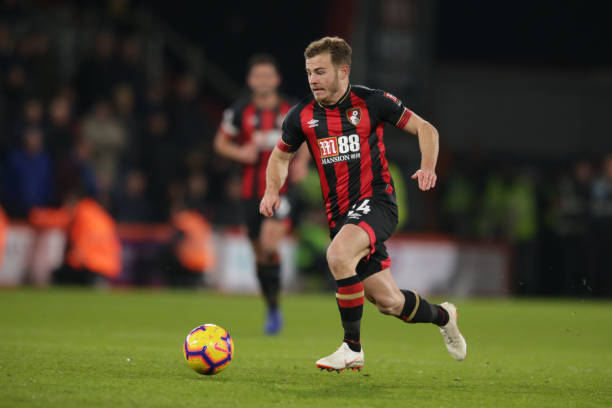 It is believed that Arsenal will be looking to sign players on a free in the summer transfer window since they have been hugely affected by the COVID-19 pandemic. Arsenal have been heavily linked with a move for out of contract Ryan Fraser but it looks like reports of him coming to the Emirates might have taken a turn.

Ryan Fraser has scored just one goal this season but the clubs that are interested in him wil however be hoping that he could replicate his performance in the 2018/19 season since he had over 20 goal contributions while playing for a team such as Bournemouth. Fraser will not be signing a new deal at Bournemouth and most clubs that want players that are free are many now since almost all football clubs have taken a financial hit.

After Ryan Fraser having been linked with a summer move to Arsenal, the Daily Mail is now reporting that Arsenal’s North London rivals might have won the race to sign the Scottish international as they will also be working on a tight budget as both their chances of getting UEFA Champions League football for next season will not be possible..

The above report claims that UEFA Champions League is one of the reasons for why he will want a move to Tottenham Hotspur as its reported that he believes that the gunners might not be able to offer it in these last few moments of the season. The 26-year-old has been looking for a step up for a while but it now looks like Arsenal have lost the race for his signature to their arch rivals Tottenham but they could however make a move for Chelsea’s Willian whose also out of contract by the end of June.

Arsenal receive a new boost in their pursuit of Thomas Partey