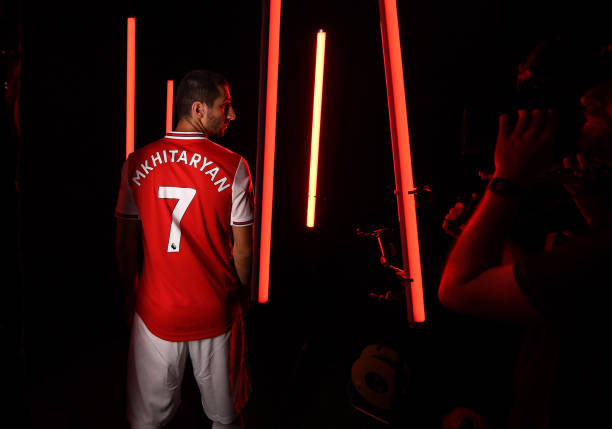 Henrikh Mkhitaryan was given the shirt no. 7 when he signed for Arsenal in the 2018 winter transfer window and he has however failed to live up to expectations because he was poor last season and had to be loaned off to AS Roma for the entire 2019/20 campaign.

Mkhitaryan has been heavily linked with a move away from Arsenal for a while now and there was even a report from Italy which claimed that he had decided to stay at AS Roma for the upcoming seasons since he has failed to adapt to the Premier League. So we take a look at two Arsenal players that will probably hope to get the shirt no.7 shirt when the Armenian international leaves the club.

Gabriel Martinelli’s idol is Cristiano Ronaldo and he did say in his first interview as an Arsenal player that he models his game on him and so it really does explain why he would be happy to receive the shirt no. 7 in his second season at the club.

Martinelli has been impressive for Arsenal this season as he has already scored 10 goals as well as making two assists which is a pretty good return if you consider the fact that he was playing in the third tier of the Brazilian football system and is just 18 years of age.

Bukayo Saka has had an impressive rise to the Arsenal first team at the age of 18 and his impressive performances has shown how the youngsters can always make football clubs proud when given chances. Saka has entered into double digits of assists this season and even though he was mostly playing in the left back position then he still can do it on the left wing position.

Saka is currently wearing the shirt no. 77 and so it would only be proper that the gunners give him the no. 7 shirt next since he has worked hard for it and the chances of him becoming an important player at the club next season are high because he is well liked by Arteta.