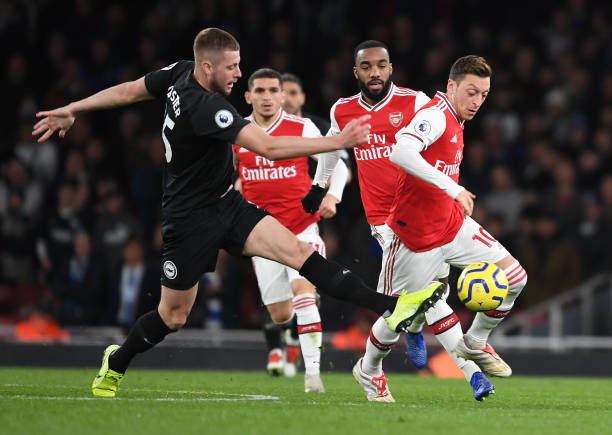 Arsenal face Brighton and Hove Albion in Round 30 of the Premier League. The Gunners will be searching for a win after a nightmare evening in Manchester City that resulted in a 3-0 defeat.

Arsenal lost their previous encounter against Brighton 2-1 earlier this season and have only won 1 of their last 5 games against this side.

Arsenal have won just 2 out of 14 Premier League matches away from home drawing 8 times and losing 4 times.

Callum Chambers, Pablo Mari, Sokratis, Lucas Torreira, Cedric Soares and Granit Xhaka are all ruled out of the match while David Luiz is suspended.

U23 defender Zech Medley has trained with the first team and could feature in central defence.

Arsenal desperately need a win to boost their chances of playing European football and have a poor record away from home. Arteta’s side should grind out a win against struggling Brighton who sit 15th.

Manchester City Vs Arsenal Match Preview & All you need to know