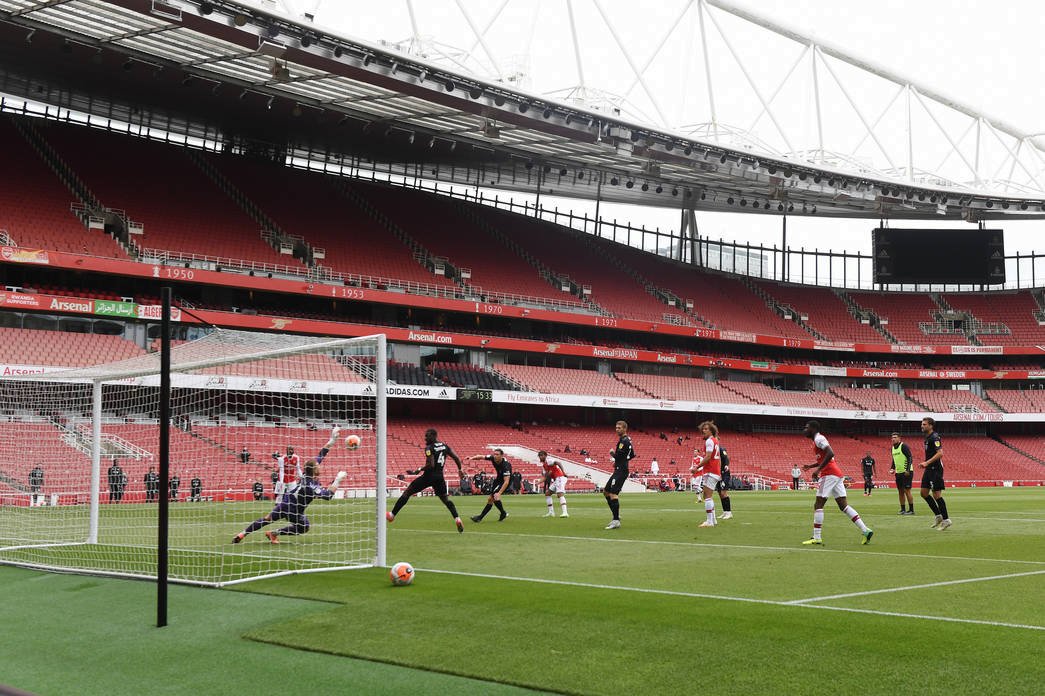 The Premier League will be back in just over a week and Arsenal will be one of the first clubs to play as they will face Manchester City at the Etihad Stadium on the 17th of June. In preparation for this game, Mikel Arteta’s side hosted a friendly game with Championship side Charlton Athletic at the Emirates Stadium and they mercilessly beat them 6-0.

Arsenal had not played a full match since March since the Premier League has been suspended for two consecutive months but the gunners like all Premier League clubs will not directly jump into their first game and so they agreed to play Charlton Athletic at the Emirates Stadium and the game was concluded on Saturday evening with the North Londoners coming out as 6-0 victors..

The club has after immense request from the fans released footage of the best moments of the game which saw Arsenal win 6-0 thanks to goals from Eddie Nketiah (Hatrick), Aubameyang, Lacazette and Willock. You can see that the players were glad to have played against a team after a very long time.

Arsenal fans will be glad that Eddie Nketiah was able to bag in three goals because that will boost his confidence ahead of the upcoming Premier League games and Mikel Arteta has already shown that he fully trusts the 21 year old striker who got recalled from loan in the January transfer window.

Aubameyang scoring is really just no news but you can see the happiness of Lacazette when finding the back of the net with such ease as it reflects how playing with no pressure from the stands could be able to make him go back to his old form and the gunners will definitely need everyone at their best to make a proper fight for a place in next season’s UEFA Champions League.

Mesut Ozil reveals the story behind him dyeing his hair blonde