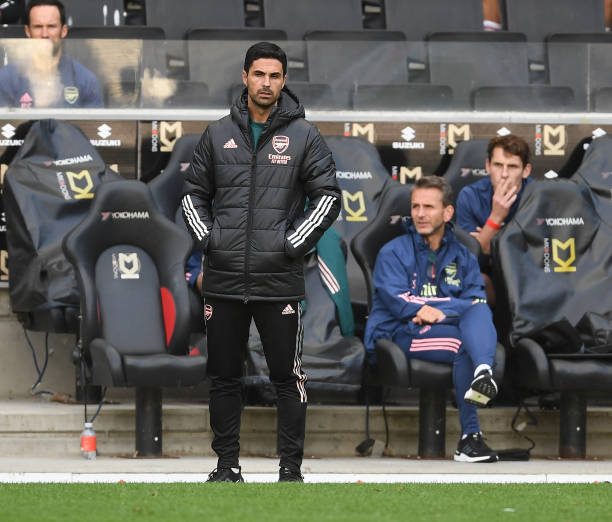 The new 2020/21 season starts today and Arsenal will be facing the Premier League Champions Liverpool at the Wembley Stadium and this is going to be an interesting game as the two teams come into this games just a few weeks after last season get concluded. Arsenal have released their starting eleven that will face Liverpool.

Many Arsenal players will be missing today’s game because they are now in the quarantine after coming back to England from their holidays and gunners head coach Mikel Arteta will have to work with what he’s got now as they wait for the rest of the squad to be cleared to start training.

Liverpool will also have the same problem but both Mikel Arteta and Klopp will be looking forward to this game as it will give them an idea about the fitness and confidence of their squads ahead of the upcoming 2020/21 campaign. The Arsenal fans will hope that their squad is not sluggish as their squad has only been able to play just one friendly against MK Dons which ended 3-1 in favour of the North Londoners.