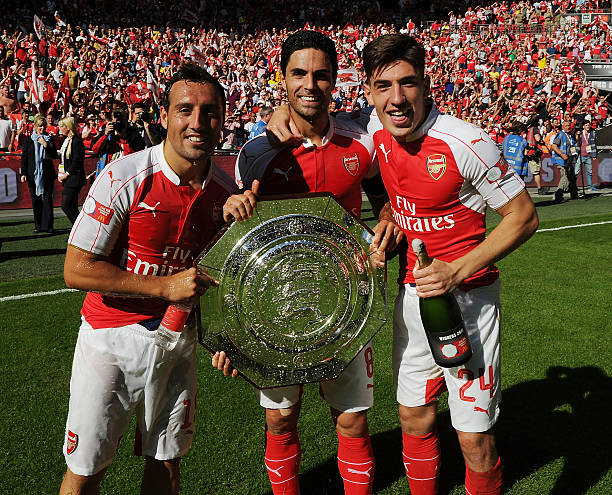 The first silverware of the season is up for grabs as Arsenal the FA cup holders take on Liverpool the Premier League champions in the Community Shield or English super cup.

The Gunners have had just a few training sessions in preparation for the match against Liverpool and just a single friendly which they won 4-1 against MK Dons.

As a result, it is difficult to know what side Arteta will pick, particularly when you consider some players have had to quarantine after returning from holiday which was the case for Emiliano Martinez.

The team that will face Liverpool will be similar to the one that played in the friendly against MK Dons with William Saliba set to make his competitive debut.

FA cup hero Dani Ceballos is no longer part of the club and that has paved way for out of favour Mohammed Elneny, who scored in the 4-1 friendly win.

Klopp and Arteta will face each other once again

It’s a tough match to predict, either side could win it depending on the team that wants it more or comes up with a better team selection.