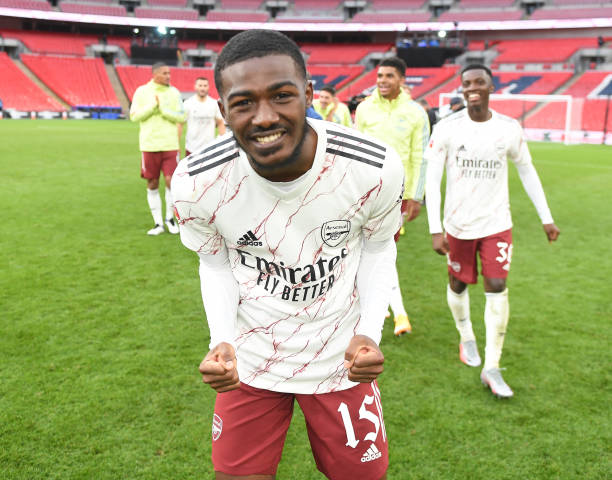 Ainsley Maitland-Niles has in the last few days been linked with a move away from Arsenal as he is among their only saleable assets and his departure seemed very likely some time back when it was confirmed that Wolves had their first bid rejected. The gunners looked ready to sell Ainsley Maitland-Niles but a new report claims that the future of the Englishman might have taken a new twist after the involvement of Mikel Arteta.

Arsenal have used Ainsley Maitland-Niles in many positions since he broke into the first team but he has however shown that he is capable in the last few weeks as he was impressive in the Emirates FA Cup semi final and final against Manchester City and Chelsea respectively and then the recently played  FA Community Shield against Liverpool where he was once again incredible in the left back position against Chelsea.

The Arsenal fans have begun urging the club to avoid selling Maitland-Niles because they believe that he has shown that he is a versatile player that should be kept at the club ahead of the new season. A report by the Daily Mail is now reporting that Arsenal are now considering making a U-turn on their decision to sell Ainsley Maitland-Niles in this summer transfer window due to his recent performances and because their head coach Mikel Arteta would love to keep the 22 year old at the club as he is a player that can cover a lot of positions.

Ainsley Maitland-Niles was given the man of the match award after Arsenal won the FA Community Shield against Liverpool and it looks like that is a performance that might have seen him change the club’s mind on his future as his possible sale was already receiving a lot of criticism from the fans of the North Londoners.