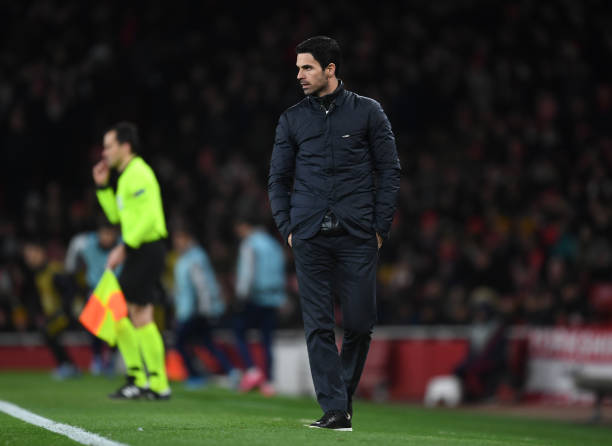 The Premier League summer transfer window is open and Arsenal will now start preparing for the new upcoming season by signing new players as well as selling other players that might not be needed. Arsenal head coach Mikel Arteta will want to sell players that don’t fit his squad in this transfer window and we take a look at three fan favourite players.

Arsenal midfielder Matteo Guendouzi has not played a single minute for the gunners since the incident that happened in Brighton and even though some fans have not been supportive of his attitude that he has shown in the last few weeks. The French man remains a fan favourite at the club and they don’t want him to be sold by the club this summer.

LONDON, ENGLAND – NOVEMBER 02: Matteo Guendouzi of Arsenal breaks past Jonny of Wolves during the Premier League match between Arsenal FC and Wolverhampton Wanderers at Emirates Stadium on November 02, 2019 in London, United Kingdom. (Photo by Stuart MacFarlane/Arsenal FC via Getty Images)

It has however been heavily reported that Arsenal head coach Mikel Arteta has had enough of the attitude shown by the player and that he will now be sold. There’s even been a report today saying that Arsenal have put an asking price for him since he is on those to be sold.

Alexandre Lacazette was having a poor season at the restart of the Premier League but he has however been impressive in the last matches of the season hence winning back the support of the supporters. Lacazette has this season not been in a regular starter in Arteta’s starting eleven as the Spaniard did sometimes opt to play Eddie Nketiah in the striking role over him.

Lacazette could be sold by Arteta this summer as they has already been reports that the Frenchman could be on his way out and the rumours saying that Arteta wants a 4-3-3 formation and Willian could mean that Aubameyang could go into the centre forward role hence the Frenchman having to leave the Emirates Stadium to get more minutes.

BAKU, AZERBAIJAN – MAY 29: Mesut Ozil of Arsenal and Alexandre Lacazette of Arsenal react to Chelsea scoring their first goal during the UEFA Europa League Final between Chelsea and Arsenal at Baku Olimpiya Stadionu on May 29, 2019 in Baku, Azerbaijan. (Photo by Shaun Botterill/Getty Images)

Mesut Ozil has not played for Arsenal ever since the Premier League restarted and it has now ended with him not even being in the squad that plays in the last game of the campaign. Mikel Arteta has been very serious in his handling of the Ozil situation as he has refused to answer direct questions about it and many believe the club want him gone to reduce on their wage bill.

Mesut Ozil has always divided the Arsenal fanbase as he is a fan favourite at the club having spent there seven years.