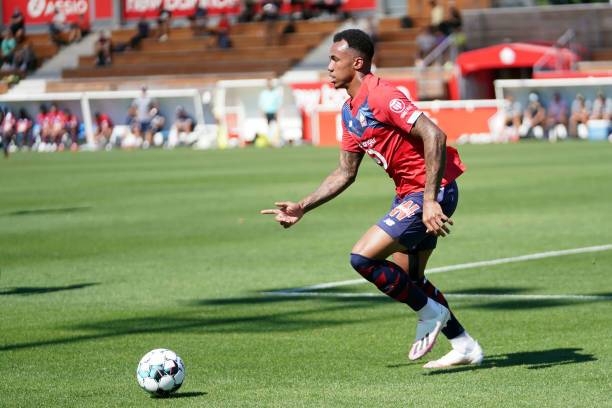 Arsenal are very active in this summer transfer window on the lookout for a left footed centre back and it’s widely believed that they have identified Lille centre back Gabriel Magalhaes as the perfect player to sign. There have been many reports saying that Arsenal have agreed a fee with Lille for Gabriel but nothing is getting announced or being claimed as a done deal.

Gabriel Magalhaes is being chased by a number of top European clubs such as Arsenal, Napoli and Everton after he is impressive performance for Lille in the French Ligue one in the 2019/20 campaign before it got stopped by the spread of the Coronavirus. Lille president has already confirmed that they have reached an agreement with a number of clubs and that Gabriel Magalhaes will have to make a decision on what team he is joining.

A report from France recently said that Gabriel Magalhaes had chosen Arsenal as his next club but nothing in the last few days has seemed to show that a final decision has been made and Sky Sports have today finally revealed why it has taken long for the North Londoners to complete this deal. The report by Sky Sports says that Serie A side Napoli who are also interested in Gabriel have made a last minute offer consisting of higher wages to the Brazilian centre back with the aim take him away from Arsenal who looked to be in the lead in the race for his signature.

The above report also mentions that Arsenal and Napoli will now have to wait for a few days for the decision that Gabriel Magalhaes makes as both their offers are already on the table. So that’s why this deal is taking long for Arsenal to complete and it will be interesting to see if gunners technical director Edu Gaspar will walk away if the 22 year old takes far too long to make his future clear.