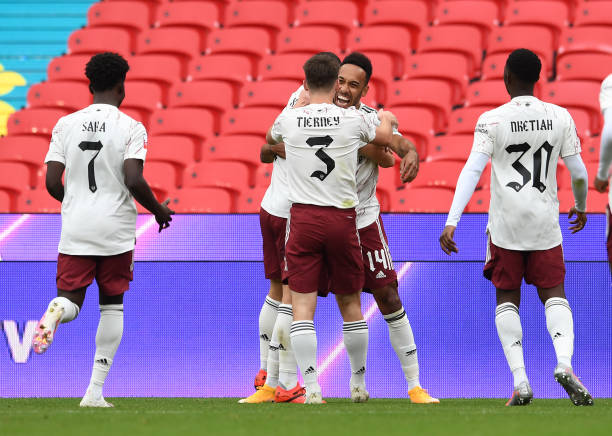 The 2020/21 Premier League season kicks off on Saturday and Arsenal’s first game will be up against a fellow London side Fulham who just got promoted and it hasn’t been that long since these two last met as the gunners beat them twice in the league in the 2018/19 campaign which saw them get relegated. Both teams have evolved in the last two years as they even have new managers in Mikel Arteta and Scott Parker.

Arsenal will come into this game two weeks after they defeated Liverpool in the FA Community Shield and so they will be in high spirits as this will be considered as an easy win for them due to the firepower they have upfront. The gunners have already improved their squad at the back and front by bringing in Saliba, Gabriel and Willian and so the gooners will be hoping that atleast one of these receives his debut in this game against Fulham.

Fulham are a good side that will obviously put up a good fight against Arsenal as they finished fourth in the Championship league table last season and got promoted after winning the playoffs and Mikel Arteta will have to find a way for his team to beat clubs that play deep against the gunners as that was one of their main problems last season as evidenced in their defeat to Aston Villa.

Arsenal will be without a number of players as the club’s latest released team news revealed that Sokratis, Luiz, Chambers, Mustafi, Emile Smith Rowe, Mari and Gabriel Martinelli would miss the game against Fulham since they are still on the sidelines. It will be interesting to see what centre back partnership Arteta uses on Saturday as they have many centre backs on the sick bed.

Fulham boss Scott Parker confirmed that his team has no players on the sidelines.

Arsenal Vs West Ham United: All you need to know

Arsenal vs Liverpool: All you need to know ahead of the Community Shield clash