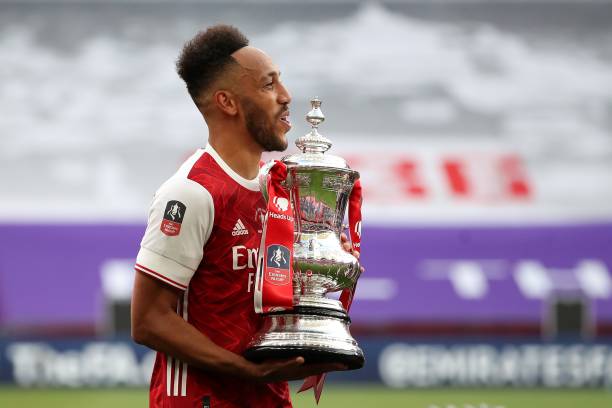 Arsenal have today officially announced that their captain and striker Pierre-Emerick Aubameyang has put pen to paper to a new contract after many weeks of speculations as to whether the Gabon international would commit his future to the North London club. This is absolutely delightful news to everybody associated with Arsenal Football Club.

The gunners completed the signing of Pierre-Emerick Aubameyang in the 2018 January transfer window after the gunners had lost Alexis Sanchez who was their star player and the Gabon international has absolutely took upon the role of being the main man of the team as he has been Arsenal’s top scorer in all competitions in the last seasons.

The Arsenal fans have been eagerly waiting for news about the future of Aubameyang after the Emirates FA Cup victory as reports had earlier said that he would consider renewing his stay at the Emirates if they got a spot in next year’s UEFA Europa League. The fans are now glad that the 31 year old has agreed to sign the extension as they are now celebrating on all social media platforms because most consider him to be the closest player to Thierry Henry in terms of finding the back of the net.

Aubameyang’s new deal at Arsenal will see him stay there for three further years and it’s believed that he will now start earning £250,000 a week wages which is a significant rise from the £180,000 he was receiving before the renewal. Everybody at Arsenal is absolutely happy that they have finally kept hold of Aubameyang and the club’s technical director Edu Gaspar also had this to say about the contract renewal of the captain of the team.

“It’s clear Auba loves the club and everything we stand for on and off the pitch. He’s obviously a very important part of the team so we’re all delighted he has committed his future to us. It’s a big boost for everyone – fans, team-mates and staff.” Edu Gaspar told Arsenal.com.

Report: Two players closing in on exits that will generate up to £42m