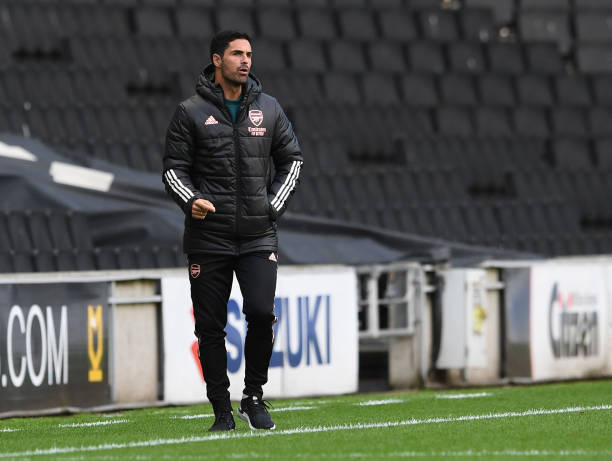 The Premier League started at the weekend and the gunners kicked it off with a 3-0 win over Fulham but the North London club had a lot of players on the sidelines as they were still nursing their injuries. Arsenal head coach Mikel Arteta picked a non surprising lineup as he didn’t have many options but he however left out several players as the Premier League decided to end the five substitute rule introduced at end of last season.

Arsenal head coach Mikel Arteta currently has a very big squad that will have a lot of players that will want to take part in matches and we today take a look at two players that will give him squad choosing headache when they become fit to play.

Gabriel Martinelli is one of the best prospects in the world as he scored 10 goals last season as well as making two assists but he however unfortunately got injured in training post lockdown a few months ago. It’s believed that Martinelli will come back to full training at the end of the year but he will however give Arteta a huge squad choosing headache as they have a lot of forwards right now and he will also understand that it might not be good to not give a young promising player minutes for his growth.

Shkodran Mustafi was one of the best centre backs at Arsenal since Mikel Arteta took charge and the Spanish coach has also shown that he likes the German defender as he has started him in all matches that find when he’s fully fit to play as he wants ball playing centre backs.

Arsenal has now brought in two additional centre backs in William Salina and Gabriel Magalhaes and these two will probably get a lot of priority this season and so the return of Shkodran Mustafi from injury will also give a squad choosing headache to Mikel Arteta.

Has Mesut Ozil already played his last game in an Arsenal shirt?