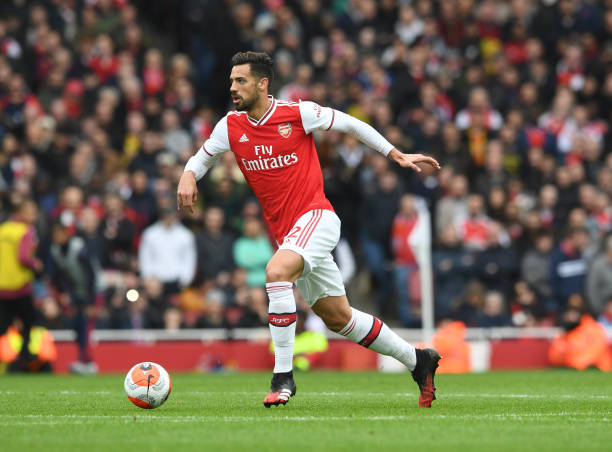 Arsenal will face Liverpool at the Anfield Stadium in the Carabao Cup fourth round and this will be three days after their league defeat to them but Mikel Arteta will come into this game hoping that they could this time get a win. Arsenal manager Arteta will however be without four players as per the latest team news from the club.

Arsenal signed Pablo Mari on a loan from Flamengo in the January transfer window and he has only been able to get three appearances as the pandemic started when he had just played his first Premier League game and after the restart of the footballing world, the Spanish centre back got injured in the first game which was against Manchester City.

Nonetheless, the club offered him a permanent contract and they will be waiting for him to recover and the latest team news confirms that he will not be available for the game against Liverpool and that he aims to return in two weeks.

Gabriel Martinelli had an impressive first season in England as he scored 10 goals as well as making two assists but he however didn’t play a single game after Premier League Restart as he got injured in training after a challenge by a teammate hence sending him to the sidelines for many months. As expected, he will not feature for the gunners in the game against Liverpool as his schedule has him for a return to the squad at the end of the year.

Arsenal centre back Shkodran Mustafi had become an integral part of Mikel Arteta’s side but he however got injured in their Emirates FA Cup semi final against Manchester City a few months back and is yet to return to full match fitness. The team news released by the club confirm that he will not take part in today’s game against The Champions but that he will back after this month’s international break.

Calum Chambers has spent a long time in the injury room than most of these players as he got injured in the Premier League game against Chelsea a year ago and missed the restart of the 2019/20 campaign, and hasn’t recovered in time to start this new season. Chambers will miss the game against Liverpool but will return to full training after the international break.

Injury updates regarding Aubameyang, Tierney and whether Partey will play against Manchester City

Report: Arsenal confirms the six players that will miss their encounter with West Ham United