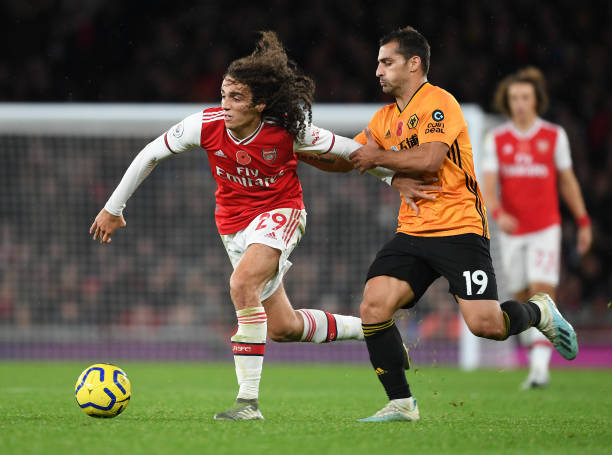 Arsenal midfielder Matteo Guendouzi was sent on a season long loan to German Bundesliga side Hertha Berlin on the summer transfer window deadline day after many months of him not getting included in the matchday squads. There has been rumours that Matteo Guendouzi could be sold after the end of this loan move but the young Frenchman has come out to speak about his Arsenal career.

Matteo Guendouzi’s career at Arsenal took a nose dive a few months ago after the 21 year old was involved in a scuffle with Brighton players which escalated in him violently holding Maupay’s neck and even though he survived a fine or ban from the The Football Association, Mikel Arteta decided to punish him and stopped including him in the matchday squads.

Matteo Guendouzi has since then never played or get selected on the Arsenal bench again and everyone was curious to see if this would continue into the new season but the club however decided to loan him to Hertha Berlin for a season. Guendouzi has opened up about the belief that his Arsenal career is over and he says that he just wanted to be playing this season hence taking up the chance to join Hertha Berlin who showed interest in him.

“It is not that, I just really needed to play this year, a new challenge. That was the most important thing for me. I am still young, I am only 21, so playing time was the top priority for me. So Hertha Berlin, I know that I will be able to express myself in a magnificent league.” said Matteo Guendouzi when asked by reporters.