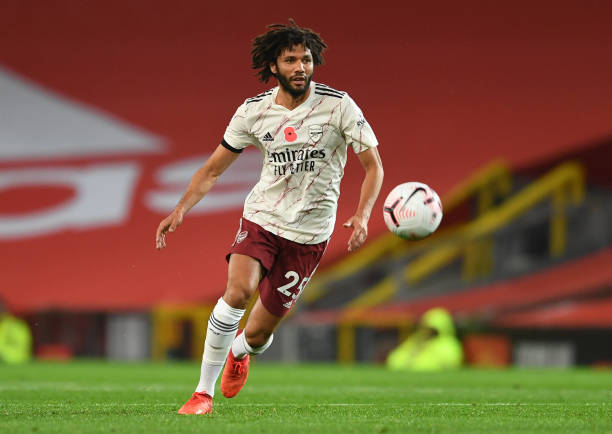 Elneny was in action for Egypt on Saturday against Togo. He travelled with the Egypt squad for Tuesday’s African Cup of Nations qualifier against Togo but has returned to Cairo after his Covid-19 result turned out to be positive.

Information from the Egyptian FA says Elneny is not displaying any symptoms of the virus at the moment.

He may have most likely contracted it from Liverpool’s Mohamed Salah who also tested positive a few days ago as all his other teammates tested negative for the virus.

Since his arrival from Arsenal his results had been negative until after Saturday’s match against Togo.

Elneny will now observe the Covid-19 protocols and will not be able to travel back to Arsenal until he tests negative for the virus. He will have to isolate for atleast 10 days.

This means Elneny will miss Arsenal’s trip to Leeds on Sunday. The Egyptian international had impressed alongside Thomas Partey against Manchester United and now Arsenal will most likely be without both this weekend.

Report: How Arteta will lineup with Aubameyang in new role after the international break