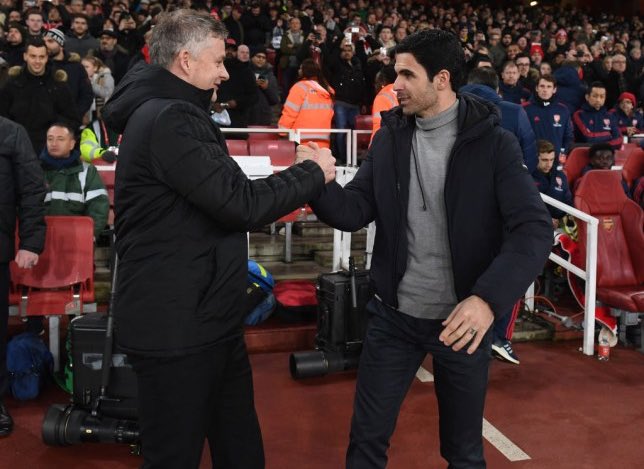 Arsenal’s encounter with Manchester United is one of the most highly anticipated matches in the Premier League as both clubs have been rivals for a long time now, from the days of Arsene Wenger and Sir Alex Ferguson’s peak. Arsenal manager Mikel Arteta will however come into this game with many of his players missing.

Arsenal defender Rob Holding will not be involved in the game against Manchester United due to a hamstring injury but luckily for the gunners, the club’s most recent team news confirmed that he will be returning to full training next week after spending some time on the sidelines. Holding took part in Arsenal’s first matches of the campaign and the gunners will be sad to not have him available.

David Luiz sustained a thigh injury in Arsenal’s match against Leicester City and even though it’s been yet to be confirmed, it’s widely believed that he will be out for weeks hence making him unavailable for their game against Manchester United. Luiz was impressive in their last game against The Red Devils at the Emirates Stadium last season and so Arteta will be disappointed that he won’t take part.

Arsenal supporters would love to see William Saliba receive a chance in the Premier League but it looks like they might have to keep waiting as the young defender took part in an U-23 match on Friday and so he will definitely not be in the squad that travels to Manchester for Sunday’s game.

Calum Chambers has returned to full training but he won’t be available for selection for some time as he has been out for almost a year and will need time to be ready. He won’t be included in the squad that faces The Red Devils. Mari sustained an ankle injury a few months ago and he will hope to return to training in November as per the club while Martinelli will also hope to do the same before the end of the year.