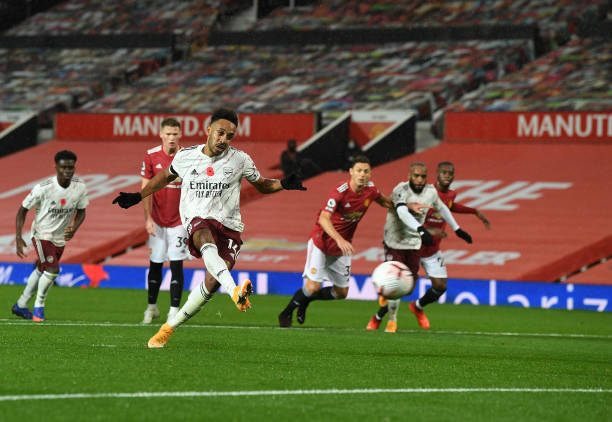 Arsenal will on Saturday face Manchester United at home and it will be a very important match for Mikel Arteta as they will not only want to continue their wonderful form in the Premier League but a win over The Red Devils would be a huge confidence booster. Arsenal fans will obviously hope to have their captain Aubameyang back for this game and Arteta has commented on if he will be available.

Arsenal striker Pierre-Emerick Aubameyang has not participated in the last two matches which and he gave a reason why yesterday, saying that his mother had health problems which needed him to be with her but he however also confirmed that he would soon be returning hence the fans starting to speculate whether the Gabonese international will be available for selection in their game against Manchester United.

Pierre-Emerick Aubameyang scored Arsenal’s winning goal against Manchester United in their previous match at Old Trafford and so the Arsenal fans are obviously eager to know if he will be involved and Mikel Arteta who faced the media today has confirmed that he cannot give a definite answer as to if he will be in the squad.

“I don’t know. I spoke with him yesterday and things are looking better at the moment but we’re going to have to wait and see.” Mikel Arteta told Arsenal Player.

Arsenal fans will be happy that he did not confirm that Aubameyang won’t be involved in the game as there’s now hope that he might still get included in the squad that travels to Manchester for the game against The Red Devils. Arteta was also asked about the support that Aubameyang has received from his teammates and he said that he was proud of them.

“That’s what we always talk about and what we always expect to do for each other, that when someone is having difficulties that we understand him, protect him, give him our love and be right behind him because that’s what’s needed.”