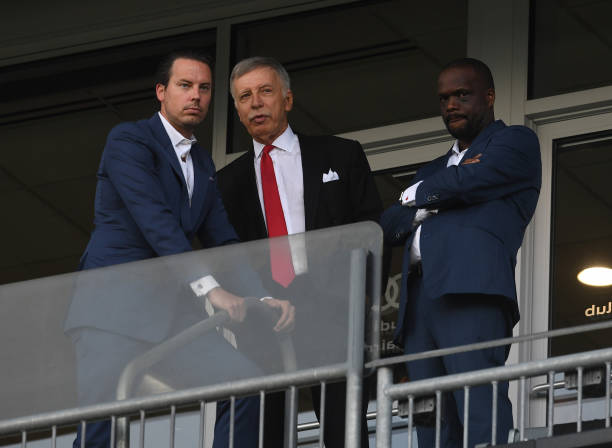 Arsenal Football Club has been owned by American billionaire Stan Kroenke for many years now despite the huge dissatisfaction from the supporters over his ownership. The Arsenal fans have called on him to sell for years and even made protests against Kroenke’s ownership a few days ago, and it’s now being reported that a new billionaire might be ready to try to buy the club from him.

Arsenal supporters have always shown their disapproval of Stan Kroenke being their owner and the recent European Super League saga that saw the North Londoners join the new proposed league made the fans to rise up and protest in huge numbers against his ownership. Spotify founder Daniel Ek then took to Twitter to say that he had been an Arsenal supporter for a long time and that he would be hoping to try to buy the club from Stan Kroenke if he intends to sell.

Many Arsenal fans although happy to see the Spotify billionaire claim that he would buy Arsenal believed that this was just a PR stunt but The Telegraph has now reported that Daniel Ek is very serious about his intentions to buy the North London club from Stan Kroenke and that he is preparing a takeover bid to test if the American billionaire would accept to sell.

Arsenal supporters have often accused Stan Kroenke about not caring enough for the club and knowing nothing about English football and so this news will be very welcomed by the fanbase since Spotify billionaire Daniel Ek seems very passionate about football. Arsenal fans recently had a fan’s forum that was attended by Josh Kroenke, a son to Stan Kroenke and he revealed that they had no intention of selling the club and so it will be interesting to see if a bid by Daniel Ek will be accepted.

Report: Mikel Arteta identifies three players that he will build his Arsenal team around

Aubameyang sends messages to Arsenal supporters ahead of the Villarreal game