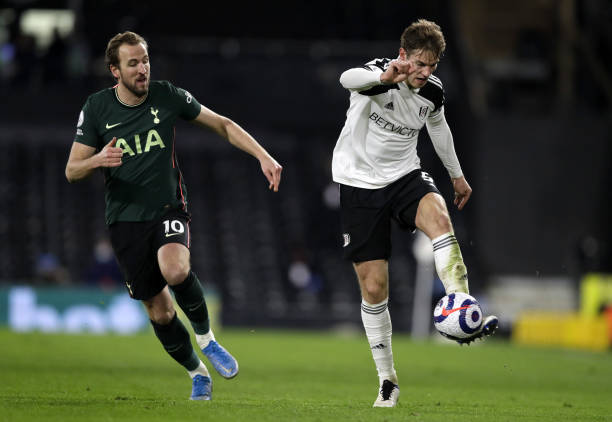 Arsenal have been very poor this season as they find themselves in the 9th position on the Premier League table with just a few games to go and this will see them try to be proactive in the upcoming summer transfer window. The gunners will try to improve their squad in the summer transfer window and its now reported that they might target Joachim Andersen.

Arsenal main problem this season has been their toothless attack but they have also been poor at the back as they have had a tendency of giving away cheap goals in games that they had dominated hence the need for the North Londoners to also consider adding a new centre back on the list of things that they would love to do in the summer transfer window. Arsenal are interested in Lyon’s centre back Joachim Andersen.

The Mirror is reporting that Arsenal are preparing to make a move for Lyon centre Joachim Andersen who is valued at £20million since the club is yet to agree to a new contract with David Luiz. Joachim Andersen is a highly rated centre back who got loaned to Fulham this season and he has caught the eye of many Premier League clubs as he has been one of the best players at Craven Cottage despite their near possible relegation.

Joachim Andersen was heavily linked with a move to Arsenal in the 2019 summer transfer window before he went to Lyon but the move did not happen but this report claims that the gunners might reignite their interest in the Danish international since he wants to continue playing in the Premier League. It’s also believed that Arsenal might not have a hard time signing him from Lyon as its claimed that the French club has financially suffered due to the Coronavirus and so they will need to sell some of their players.