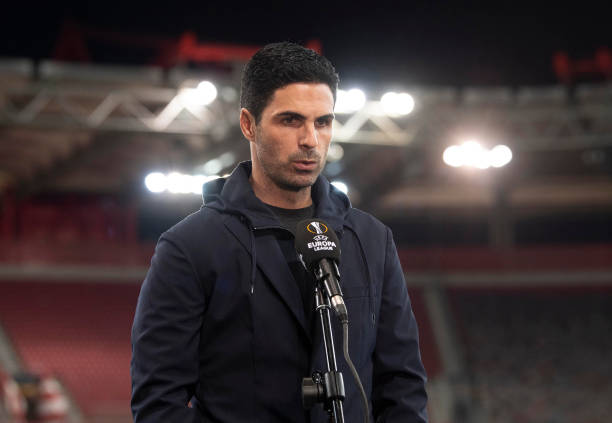 Arsenal appointed Mikel Arteta as their manager at the end of 2019 and he has spent the last one year and half trying to revamp the squad of the North Londoners so that it can suit his identity. The upcoming summer transfer window will also be another opportunity for Mikel Arteta to revamp his squad and its now been revealed the three untouchable players that he will build his squad around.

Arsenal have been poor this season and it will be on Mikel Arteta to get it right in the summer transfer window as he will need to have a successful campaign next season to keep his job and its claimed that there are many players that will be sold to trim the squad and to also create space for new incomings. Football.London is now reporting that Arsenal manager Mikel Arteta has selected Bukayo Saka, Kieran Tierney and Thomas Partey as the players that he is looking to build his squad around.

SOUTHAMPTON, ENGLAND – JANUARY 26: Bukayo Saka celebrates scoring the 2nd Arsenal goal during the Premier League match between Southampton and Arsenal at St Mary’s Stadium on January 26, 2021 in Southampton, England. Sporting stadiums around the UK remain under strict restrictions due to the Coronavirus Pandemic as Government social distancing laws prohibit fans inside venues resulting in games being played behind closed doors. (Photo by Stuart MacFarlane/Arsenal FC via Getty Images)

Kieran Tierney has been an incredible signing for the gunners as he is a modern fullback that can attack and defend well in an attacking side, and so it’s no surprise that the Scottish international is among those that Arteta would like to build his squad around. Tierney’s only misfortune is that he is a bit injury prone but he is still young and that could end as he grows older.

Thomas Partey was signed last summer and he is obviously not had a consistent run of games due to not having a proper pre-season but he will get it after this season and will have a lot of impact at Arsenal next season. Bukayo Saka is a huge talent that has the chance of becoming one of the best players in the world in a few years as he has become an integral part of the Arsenal squad at a young age and so it’s no surprise that he is among the three that Arteta has chosen.

Report: Unai Emery makes comments on Mikel Arteta that Arsenal supporters will like