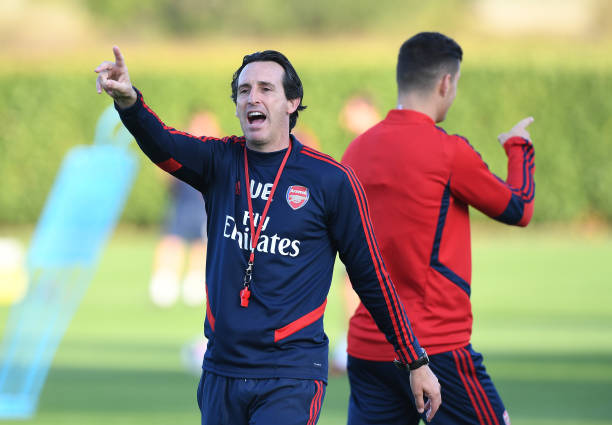 The UEFA Europa League will return this week and Arsenal will face Spanish side Villarreal that is being managed by their former manager Unai Emery and the Basque boss has commented on his successor Mikel Arteta ahead of their clash. Unai Emery spent one year and half as Arsenal’s manager before getting fired and his best achievement was probably reaching the UEFA Europa League final.

Arsenal appointed Mikel Arteta as their new manager a month after Unai Emery’s departure and this is his first full season at the club as he has led them to a UEFA Europa League semi final and in his way is his predecessor as they will need to beat the Villarreal side of the veteran coach to reach the final of the European competition.

The match between Arsenal and Villarreal will take place this week and Unai Emery has talked about his time at the Emirates Stadium, and was even asked to comment on Mikel Arteta who has been the manager of the North Londoners since December, 2019. Unai Emery claims that Arsenal and Mikel Arteta are a good match and that his predecessor is taking the gunners back to their traditional playing style of attacking football. The comment by Unai Emery is something that they will love as they hope that he will take them back to their traditional attacking football.

LONDON, ENGLAND – FEBRUARY 21: Arsenal manager Mikel Arteta reacts during the Premier League match between Arsenal and Manchester City at Emirates Stadium on February 21, 2021 in London, England. Sporting stadiums around the UK remain under strict restrictions due to the Coronavirus Pandemic as Government social distancing laws prohibit fans inside venues resulting in games being played behind closed doors. (Photo by Stuart MacFarlane/Arsenal FC via Getty Images)

“Mikel is putting his own stamp on things – in the way they play, it’s easy to identify he’s bringing back that Arsenal tradition of playing attractive football.” Unai Emery told UEFA.

“His first steps as Pep Guardiola’s assistant have helped him to position himself in this new profession, which is being the manager.”

“Now he has been given this opportunity at Arsenal, and I think it’s a good place to develop because he is much loved by Arsenal thanks to the time he spent in the team.”

“He had his time [playing] there with Arsene Wenger so I’m sure he can apply everything he learned. I think it’s a good marriage: Arteta-Arsenal, Arsenal-Arteta.”

Report: Mikel Arteta identifies three players that he will build his Arsenal team around