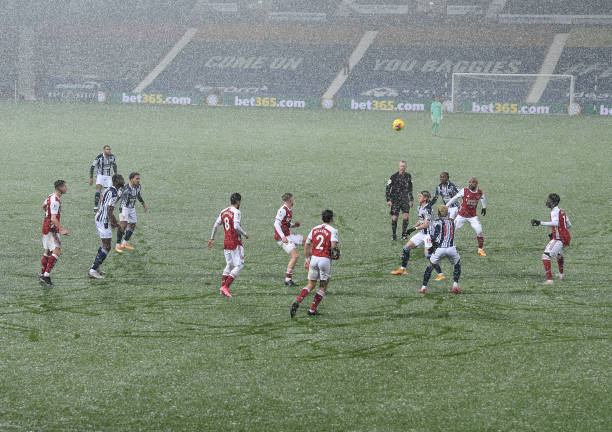 Arsenal will on Sunday face West Brom Albion at the Emirates Stadium and this will be their first match they play since their hopes of winning the UEFA Europa League got ended by Villarreal. It will be an emotional game for Mikel Arteta and his boys as they will try to finish the season on a high but they will however have to do it without three first team players.

Arsenal on Saturday released their latest team news ahead of their game against West Brom Albion and the club has confirmed the three first team players that will not be able to part in this game due to injuries.

David sustained a hamstring injury in Arsenal’s game against Newcastle United and this saw him miss the UEFA Europa League semi finals game against Villarreal and the club has now confirmed that the Brazilian centre back has indeed made fantastic progress but that he will continue his rehabilitation next week.

Granit Xhaka is a very big pillar of Mikel Arteta’s tactics and its claimed that the Swiss international sustained a strain on his groin, and that this will now see him miss Sunday’s game against West Brom Albion.

They club reaffirmed the fans saying that Granit Xhaka will later in the next few days he assessed by the medical team to determine the extent of his problems.

The club confirms that Pablo Mari sprained his ankle in Thursday’s game between Arsenal and Villarreal and so he will not be available for selection in the game against West Brom Albion.

Pablo Mari is however expected to be back in training next week ahead of their season ending matches.