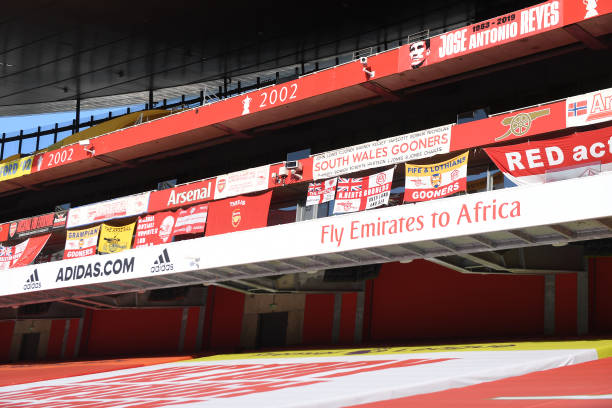 The UEFA Europa League semi finals is just a few days away and Arsenal will face Villarreal in the 2nd leg with the hope of progressing to the final since they will need to win this competition to get back into the UEFA Champions League. Arsenal has had some players on the sidelines in the past few weeks but it however looks like they might have received some good news.

The gunners lost 2-1 to Villarreal in the first leg in Spain last week and Arsenal have been confident that they can turn this around in the second leg at home as they were hopeful that some of their injured players such as Pierre-Emerick Aubameyang, Alexandre Lacazette, David Luiz and Kieran Tierney would be back ahead of the game.

David Luiz and Aubameyang returned at the weekend but the Brazilian centre back sustained a new injury in that game and as for Kieran Tierney and Alexandre Lacazette, gunners boss Mikel Arteta didn’t reveal whether they would be available for the 2nd leg against Villarreal but it looks like the North Londoners might have received good news as pictures taken by the official club photographer in training today as seen below show that these two players were fully involved hinting at them possibly playing on Thursday.

The return of Kieran Tierney and Alexandre Lacazette will be a big boost for Arsenal as this would mean their left flank would be immensely better since the Scottish international is very good at crossing the ball and the Frenchman has been impressive for the gunners this season in big games.