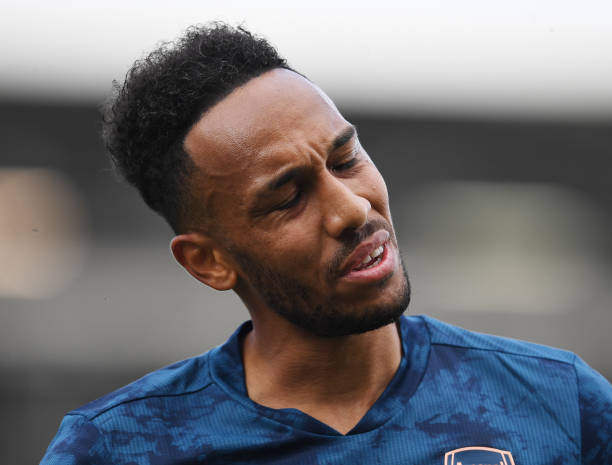 Pierre-Emerick Aubameyang got called up to the Gabon football team and he accepted hence going there to play in those matches during the international break but he however returned to London with malaria hence then later missing a great number of games due to his battle with this deadly disease.

Pierre-Emerick Aubameyang stopped going to the London Colney to train with his teammates after the Liverpool game as he found that he had malaria when he had already taken part in that game, and the Gabonese international also says that he had to spend three days at the hospital which were like hell as he says that this was his worst moment of being sick.

“I felt just a bit tired, especially against Liverpool but I thought it was just because of the travel. I don’t know what the percentage of my [fitness] was at that moment because I didn’t know I had malaria, but definitely I felt a bit tired.” Aubameyang told Arsenal Media.

“[After it really hit] I was feeling very, very bad. I think this was my worst moment of being sick in my life because it was really hard – for three days in a row I had a fever all day and all night, non stop.”

“Even the paracetamol and stuff had no effect on this so after that I spoke to the doctor and said I needed to go to the hospital because I had travelled to Africa so maybe it was something like malaria.”

“I stayed in hospital for three days, I was really down and I think I lost 4kg, so it was a really bad moment and I think for my family it was a bit scary to see me like this.”

“After this I had some good treatment, the staff did very well and the doctors as well and I am lucky I took it at the right moment because sometimes with malaria if you don’t treat it quickly, you can have big problems.”

Arsenal striker and captain Pierre-Emerick Aubameyang has explained the suffering he went through in the past few weeks after getting an illness.

Arsenal receive good news ahead of their match against Villarreal