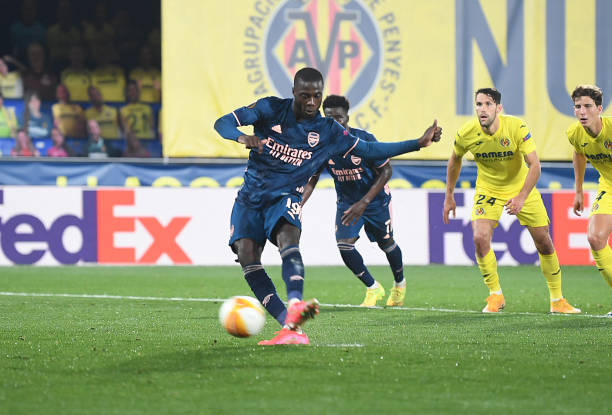 Arsenal will play host to Villarreal on Thursday night in what is probably their biggest game of the season. The Gunners were poor in Spain last week when they lost to Villarreal 2-1 but Nicolas Pepe’s away goal gives Arsenal a lifeline going into this match.

Arsenal’s hopes of playing in Europe next season and chance to win some silverware all lie in this game. An aggregate win would ensure Arsenal qualify for their second Europa League final in three seasons.

David Luiz is ruled out of this game after he picked up an injury during Sunday’s 2-0 win at Newcastle while Dani Ceballos is suspended.

Arteta will have to attack from the first minute if Arsenal are to stand a chance, outscoring Villarreal is the only way of progressing on aggregate. But the Gunners have to be tight at the back as well because every goal Villarreal scores will make life more difficult.

Here is how we think Arsenal will lineup;

Arsenal have progressed from each of their last two European knockout ties where they lost the first leg (0-1 vs Bate Borisov in February 2019 and 1-3 vs Rennes in March 2019), they had progressed on only two of the previous 17 before that.

Arsenal are without a win in their last two home games in European competition (D1 L1), after winning 11 out of 13 before that, with the Gunners hoping to avoid going three on home soil without victory in Europe for the first time since September 2003.